Hang all Muties... in a gallery!

Work from “X-Mans,” my elaborate love letter to a terrible X-Men coloring book, is now online! Visit the gallery to see such wonders as The Mutant Master of Magnetism interrupting a mouse birthday party, a stained glass Gambit, and dozens more! Select prints are also available!

The show took what could have been a cheap running gag of “let’s laugh at the weird girl” and turned her into the best character on the whole damn show. I have to bathe a leonberger tomorrow at work. I am not looking forward to it.

What if The Guy Who Made Batman: The Animated Series Made Star Wars?

Bruce Timm, one of the creators of Batman: The Animated Series, didn't make Star Wars. But back in the nineties, he did pitch to see if he could get the job of doing the comic book adaptation of Star Wars: Episode I - The Phantom Menace. He didn't get it (he told one interviewer that this was fine with him, once he saw the film: getting the job "would have killed me!") but we do have these lovely images that he used to prove that he could do the job.
Osiasjota, Tertiarymatt and one other like this
21 May 00:19 caseyanthonyofficial: I’m playing skyrim i love this game because you can do things you can’t do it...

M.I.A. is nothing if not provocative. Yesterday saw the release of the agitpop rapper's self-directed music video for Double Bubble Trouble, one of the tracks off her 2013 album Matangi. Like much of her work in the past decade, it's making a statement; in our dark technofuture, youths will use what they can to resist however they can.

The video starts off with an audio newscast introducing 3D-printed guns, which are ever-present in the short as the teens around her make out, blow vape rings, and dance under floating drones in their gray, grimy slums. At one point, a scrawl of "1984 is Now" flashes over the action. Still, the teens in her video seem to be actively subverting this particular vision of an Orwellian dystopia, even if they're trapped by it. The guns themselves, printed on in-home Makerbots and shown off with pride, are decorated with bright colors and wild patterns, and the drones flash peace signs. M.I.A., who's no stranger to using symbols of violence to advance her politics, even flashes a sky blue gun herself and vapes with the best of them. The action falls short of glorifying the symbols she uses — surveillance culture and access to weaponry have clearly gone too far — but she creates an interesting tension between empowering her cohort and telling a cautionary tale.

Pinehurst qualifier Lucy Li may be just 11, but she won't even be the youngest golfer ever to play in the U.S. Women’s Open.

Lucy Li may be the youngest golfer to qualify for a U.S. Women’s Open, but the 11-year-old is an old fogey compared to the youngest ever to play in the event, 10-year-old Beverly Klass.

Li, on the strength of rounds of 2-over 74 and 68 on Half Moon Bay’s Old Course on Monday, won the sectional qualifier by seven strokes to earn a spot at Pinehurst starting June 19. The Redwood Shores, Calif., resident ousted the previously youngest Open qualifier, Lexi Thompson (now the second-youngest winner after Lydia Ko of an LPGA contest), from the record books and earned her Open spot after placing first in her age group at the inaugural Drive, Chip and Putt Championship at Augusta National in April.

Li, like Thompson and other phenoms before her, is no stranger to the winner’s circle, as the student of renowned instructor Jim McLean has been competing and hoisting the hardware for years.

Check out the swing of 8-year-old Li in this recording from McLean, who termed it "one of the incredible videos you’ve ever seen in golf ... Unbelievable." If not, it's right up there.

Klass, those of a certain vintage will recall, survived an abusive father, who forced her in 1967 to turn professional at the age of 10. Though she made the cut in three of four events, Sports Illustrated called her the LPGA’s "knotty little problem," and the tour subsequently prohibited her from playing and established its current minimum age requirement of 18.

On 'The John Green Effect,' Contemporary Realism, and Form as a Political Act:

Right now, children’s literature is seeing an intense flare-up in the ongoing conversation about the diversity crisis in children’s books. While this conversation has been going on for decades, now social media has given the people having it megaphones, and they are using them to… By the way, these cops were doing this for over three and a half years. They ordered hundreds of vehicles to be impounded and when the car owners couldn’t pay the impound fees they either kept the cars for themselves or re-sold them for profit. Nope, cops never target people…
SOURCE: http://noarmycanstopanidea.com/one-third-of-california-towns-police-force-arrested-for-scheming-cars-from-poor-hispanics/ Tiny PMS Match is a great blog that posts pictures of tiny objects with their matching Pantone color card.

A personal project of tiny proportion—matching small everyday objects to their Pantone® color equivalences, by designer Inka Mathew. All pictures were taken with her iPhone 5 and edited with Snapseed. Every Tuesday is Art Tuesday here at Adafruit! Today we celebrate artists and makers from around the world who are designing innovative and creative works using technology, science, electronics and more. You can start your own career as an artist today with Adafruit’s conductive paints, art-related electronics kits, LEDs, wearables, 3D printers and more! Make your most imaginative designs come to life with our helpful tutorials from the Adafruit Learning System. And don’t forget to check in every Art Tuesday for more artistic inspiration here on the Adafruit Blog!
firehose likes this
20 May 19:26 Leo and Diane Dillon were one of the greatest illustration teams in the history of Fantasy Art. Books that have used their illustrations for cover or inside art include an edition of the Narnia books, Garth Nix’s Sabriel, Lirael and Abhorsen, Her Stories and The Girl Who Spun Gold by Virginia Hamilton, The Earthsea Trilogy by Ursula K. LeGuin, Aida by Leontyne Price, The Girl Who Dreamed Only Geese by Howard A. Norman, and many, many more.

There is a blog dedicated to archiving their work here. 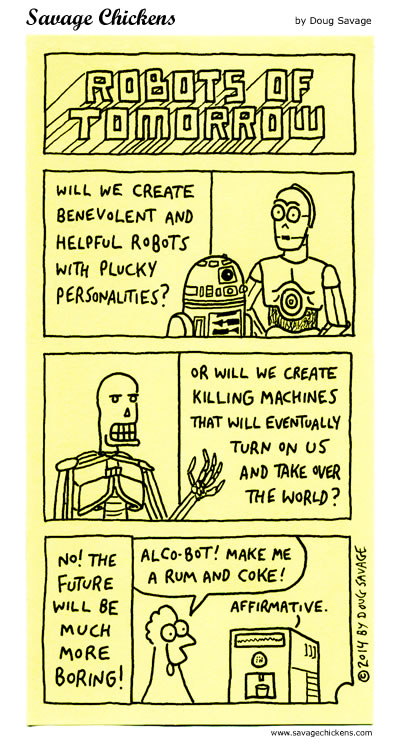 Dedicated to Kim and Marc, who are celebrating their 25th anniversary today! Happy anniversary, you two!! Pheobe the mini pig wakes to the smell of a cookie placed within inches of her snoring nose, which she very happily consumes in this adorable 2013 video posted by Prissy & Bomber.

Unrelated to the blog: I vacationed in Maine almost every summer... Unrelated to the blog: I vacationed in Maine almost every summer as a child and we’d stop at the DeLorme headquarters on the drive up.  Scanning an atlas just like this was how I fell in love with maps. 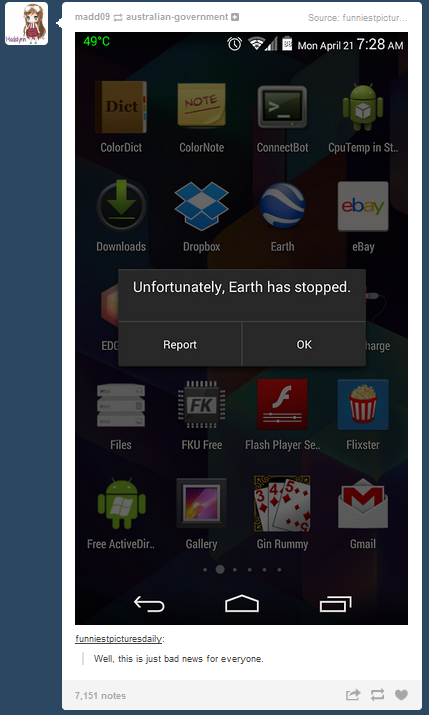 Fatbob, Claudio Navarro Henriquez and 5 others like this
20 May 14:50

The Richer College Presidents Are, the Poorer Teachers and Students Are

It's widely recognized that the insanely high pay of corporate CEOs is connected to poorly run companies in which executives use shareholder money as their personal ATM. Did you know that public universities are exactly the same? It's true!

via Rosalind
no new music

When you ride a train, it’s your natural state. In Japan the Shinkansen is frictionless and quiet, a heartbeatless vein through which you flow quietly. In Oakland it’s a rickety BART driven like it’s bulling its way through trash ducts in the centre of the earth. In London it’s a Tube train stopped like a clogged artery holding your heart ransom, stymying breath. All trains are life. You can ride next to someone who will talk until they are done and you’ll think they are so great, so all encompassing, so knitted with life. Then they alight. You know then it was like looking at an eclipse of the sun directly; so overwhelming that you went blind. You are stuck riding that train forever, and if they are ever in your carriage again you might feel it, but you cannot see them, and they removed the need for you to invent words. Now you can only change trains at the end of the line. Change trains until the stars explode. Change trains. Change. Change. Change. Change.
billtron, firehose likes this
20 May 14:19 five women! nalo hopkinson is jamaican! the only dudes represented are on a movie about a woman astronaut! samuel r. delany is black!

I'm glad I put in my request to read Ancillery Justice BEFORE it won because I imagine the requests for it at the library will go up a bit after this.
20 May 03:33

Inside The 9/11 Museum’s Offensive Gift Shop

The museum at Ground Zero tells the dark story of the 9/11 terror attacks with spectacular artifacts and exhibits. It pays heart-wrenching tribute to the innocents and heroes killed that day. It also has a gift shop.
20 May 03:33

A space selfie is a selfie (self-portrait photograph typically posted on social media sites[1]) that is taken in space.