Bloom: Lighting That Opens Up to Darkness

We’re tempted to label it the…flowering…of a new movement. On the heels of our recent piece on the charming Blom table lamp by FontanaArte, in which movable ‘petals’ may be used to control the flow of light, comes this enchanting petal-based lighting concept from Belarusian designer Constantin Bolimond, who sees enlightening possibilities in optical sensors. Bolimond’s Bloom pendant hinges on the notion of illumination that responds directly to changing light conditions, contingent upon a series of moving parts that gradually open as daylight winds down. Bloom’s petal-shaped elements—which, according to the designer, may be crafted from wood, plastic or paper—open up to reveal the lamp’s full wattage only at night; luckily, its graceful tulip bulb shape looks plenty pretty even when fully closed.

Top 10 Reasons Why Dogs Are Totally Worth It

Yes, pets are a massive pain in the ass, but we also love them to death. Since today is focused on all the ways to keep their hair and stink at bay, it’s nice to also celebrate the wiggly, slobbery, and sweet fur babies that they are. (For cat people, Nancy just wrote a great post about living with a kitty that you can read here.) So, here are the top ten reasons why dogs keep the world happily humming along. 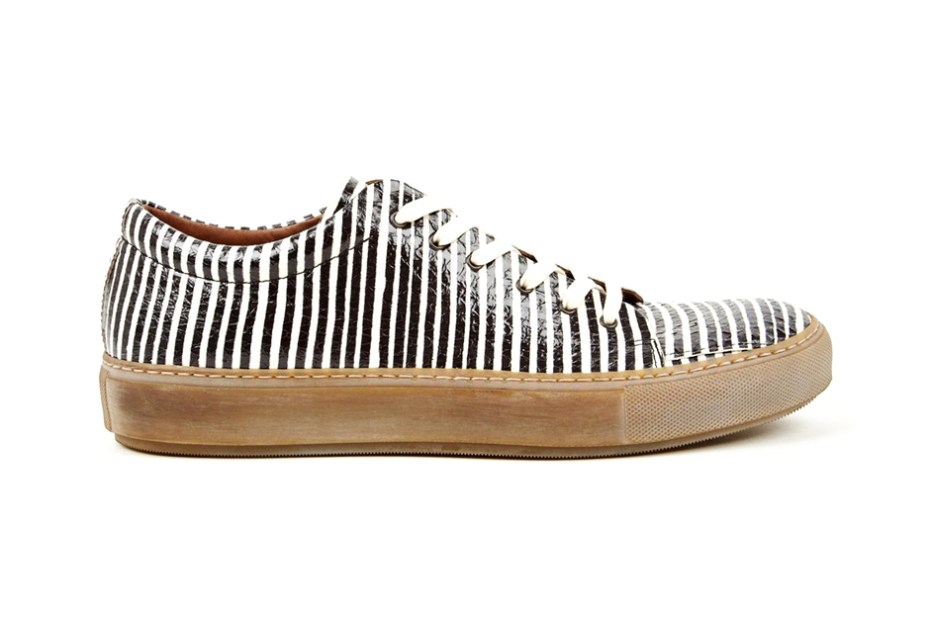 Stockholm's Acne Studios presents a bold update to its Adrian Snake Sneakers. Looking to a dashing black and white pinstripe print on its upper, the sneakers are crafted from luxurious leather with waxed laces in white and a padded collar for comfort and support atop a hard-wearing rubber gum sole. Priced at £285 GBP (approximately $475 USD), the Adrian Snake Sneakers are now available from oki-ni.

Kevin Reinaldo is an art director and a graphic designer from Indonesia, specialized in advertising. one of his funniest and creative campain was for Hygienex‘s toilet wipes. The idea was to show that you have no idea who was in the bathroom before you go in. Discover the other projects of Kevin at behance.net.

Photoshopped images of Oscar nominees posing with their younger 10 Oscar nominees “back in time” by photoshopping and placing them next to their younger selves. 
Leawo Total Media Converter - Enjoy Spring Offer up to 50% Off! We should really talk about this. Promise you won’t get mad, okay? I came across this for the first time twelve years ago. I’ve been blogging here for almost eight years, which means I had ample time to tell you about and just didn’t. (I kinda feel like a kid right now who forgot to mention that they were flunking Spanish until report cards came out. I’m sooo grounded.) It gets worse. I finally made it on New Years Day for brunch and it was promptly declared one of the best things I’ve ever made, which is kind of rude. I mean, the lasagna bolognese can hear you! I still didn’t tell you about it, reasoning that it is Not Acceptable to talk about carbs, fat and refined sugar in the time of Resolutions. And then, late in January, we had another brunch and I made it again and still I held out. Sheesh, even I think I’m kind of a jerk right now. 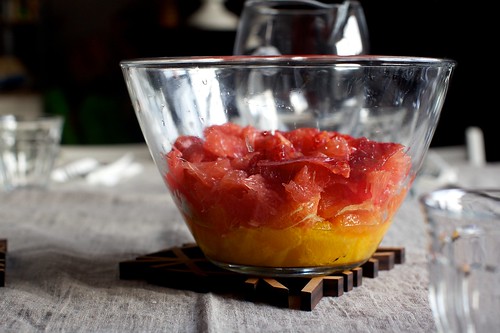 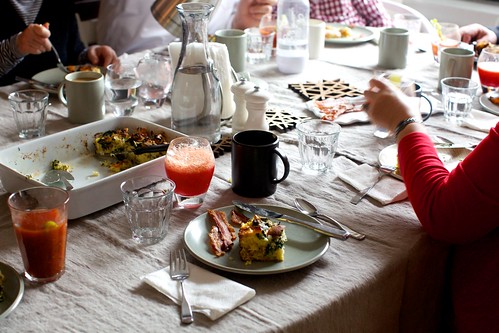 Enough is enough. If you think it about it, it was always just a matter of time before two of this site’s great loves — French toast, or if you wanna be fancy, morning bread pudding, and salted butter caramel — got together to become something greater than the sum of their parts. This is basically French toast destiny. ... Read the rest of morning bread pudding with salted caramel on smittenkitchen.com

Fans of the Reebok LX 8500 line will be super stoked with this clean new combo of grey and burgundy dropping for spring. The mid 80s trainer receives the necessary attention it deserves, as we see this newest release trimmed up in flowing grey leather, donning the better part of the upper, with burgundy shots maintaining the rear and medial accenting. Burgundy continues to bellow its way into the lining also, complemented by heritage Reebok tongue and midfoot tags for that authentic touch. A spring classic for any occasion, stores including Suppa have got the supply to get you by.

A Gentleman's Guide to Evening Etiquette

Our Favorite Ways to Showcase Marble at Home

I was inspired by our Howlite gem post from earlier today to search through our sneak peek archives for great examples of marble. I have to admit to being straight-up jealous of those homes with stunning marble kitchen features. A marble counter top will always be the centerpiece of the kitchen of my dreams. While I’m waiting for my (marble) ship to come in, I’m plotting exactly what type of marble – slab, tile, color of veining – I would use. In the meantime, I’m going to be on the hunt for a marble coffee table because I’m forever envious of the marble slab Grace found three years ago at Brimfield.  -Amy

(Oh and if you want to see more, check out our Pinterest board dedicated to marble)

Image above: Run that marble right up the wall like this beautiful marble back splash and counter top in Sarah Bedford’s Brooklyn home.

Image above: The back kitchen wall in this Catskills home is honed marble tile with no grout. It perfectly fits in with the Scandinavian vibe in this country home.

Image above: This absolutely amazing sink is just one of the many fun elements in this eclectic and colorful English family home.

see more examples of marble after the jump!

Anatomy Design is one of my absolute favourite design companies in South Africa. they are the geniuses behind some incredible products, and boast an interior design portfolio that makes me weak at the knees. they recently completed some outstanding work for The Blueberry Café in the KwaZulu-Natal Midlands, including refreshing the interior, the product range and the café’s brand identity. i asked founder Andrea Kleinloog about the inspiration behind the project.

Blueberry Cafe is this little hidden gem in the KZN midlands. We decided to overhaul the traditional idea of a ‘sweet country café’. So we painted the walls a crisp bone colour, painted all the steel work of the traditional shelves black (it’s normally rust red). We designed elemental shelving units that were literally made by the farm welder. They are so simple, but came out fantastically.

We wanted to create an interesting, curious space, with a retail element that offers the best available, not just what is easy to get. We had great fun toying with beautiful and fragile botanical logos/packaging elements – and even found the most remarkable set of prints from an antique store. Another great extension of the design language was being able to develop a whole range of home-ware for them – plates, crockery, tea towels.

Manchester’s Oi Polloi, longtime Clarks fans and stockists, get their hands on an Originals classic with their take on the Wallabee. The Wallabee Ridge looks back to the ’60s Caravan Shoe, part of the Deep Country collection. We enjoy a crepe sole round these parts and this one takes that most comfortable of steppers to the next level, thick, sturdy, this has the potential to allow you to reach that shelf hitherto out of reach. A suede upper in two top color choices, always reliable Cola and clean maple, this handsome project goes on sale tomorrow here.

Oi Polloi Take On A Clarks Original Classic With The Wallabee Ridge is a post by Lena Dystant on Selectism. 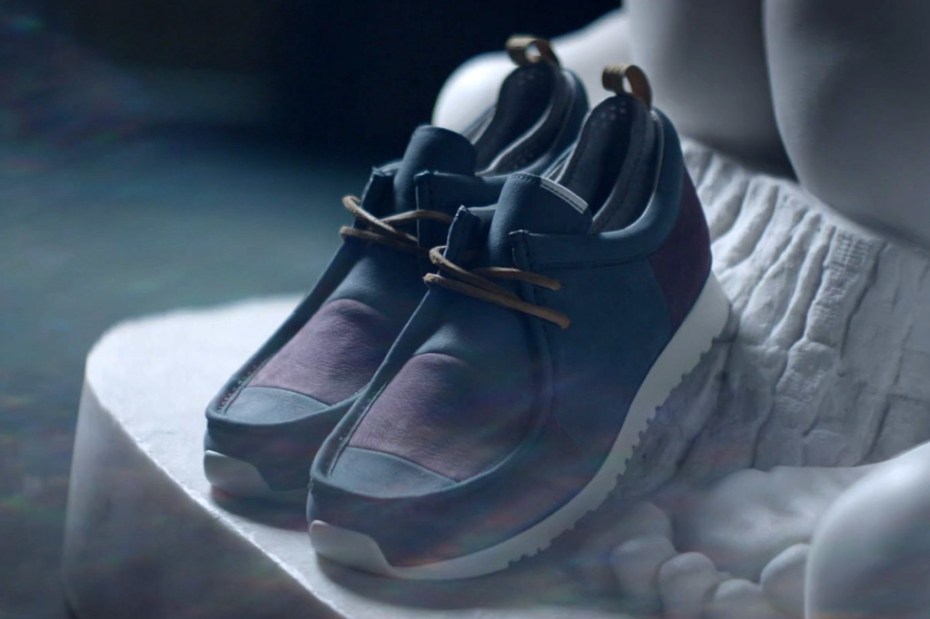 Denmark's Wood Wood has unveiled a video teaser showing off its upcoming collaborations with Clarks Sportswear. Offering a twist on Clarks Sportswear's Tawyer silhouette, Wood Wood have decked out the upper in a refined mix of navy and burgundy and paired it with rugged leather laces and a comfortable white rubber sole. No word on a specific release date yet so stay tuned for more on this one. The 138th Westminster Kennel Club Dog Show began on Monday, Feb. 10, taking place at both Pier 92 and 94 and at Madison Square Garden in New York City. The annual dog show, which features dogs from around the world, opened its doors to mixed-breed dogs this year. --Thea Breite ( 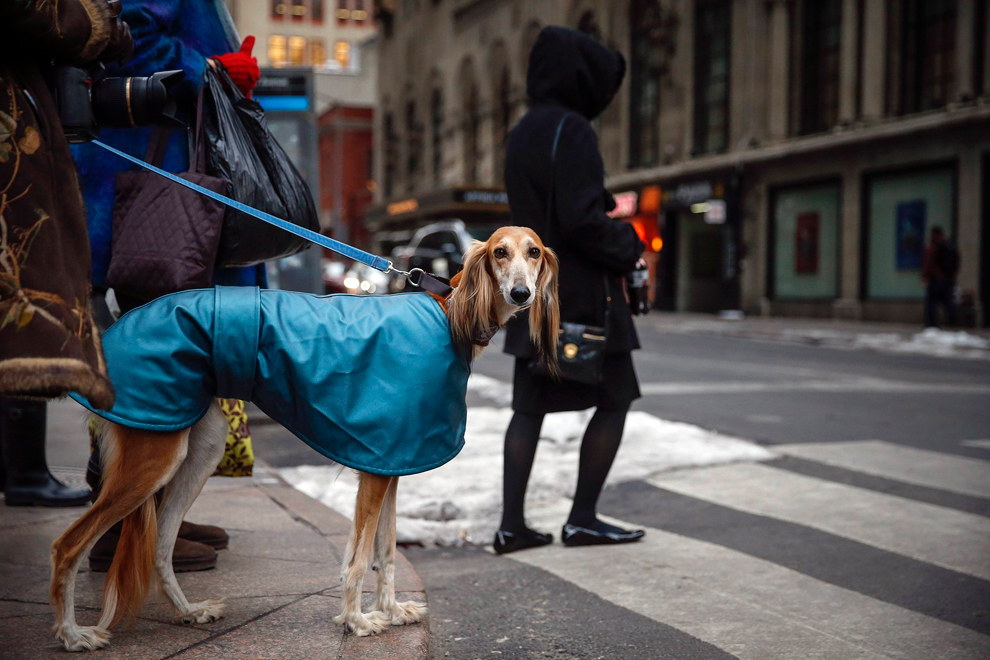 It was a bit windy when Pope Francis met some bishops yesterday.

He also did a speech in the wind, and this happened.

TBH I don't think the Pope can work well in the wind.

Pope Francis I struggles to control his pellegrina in the wind.