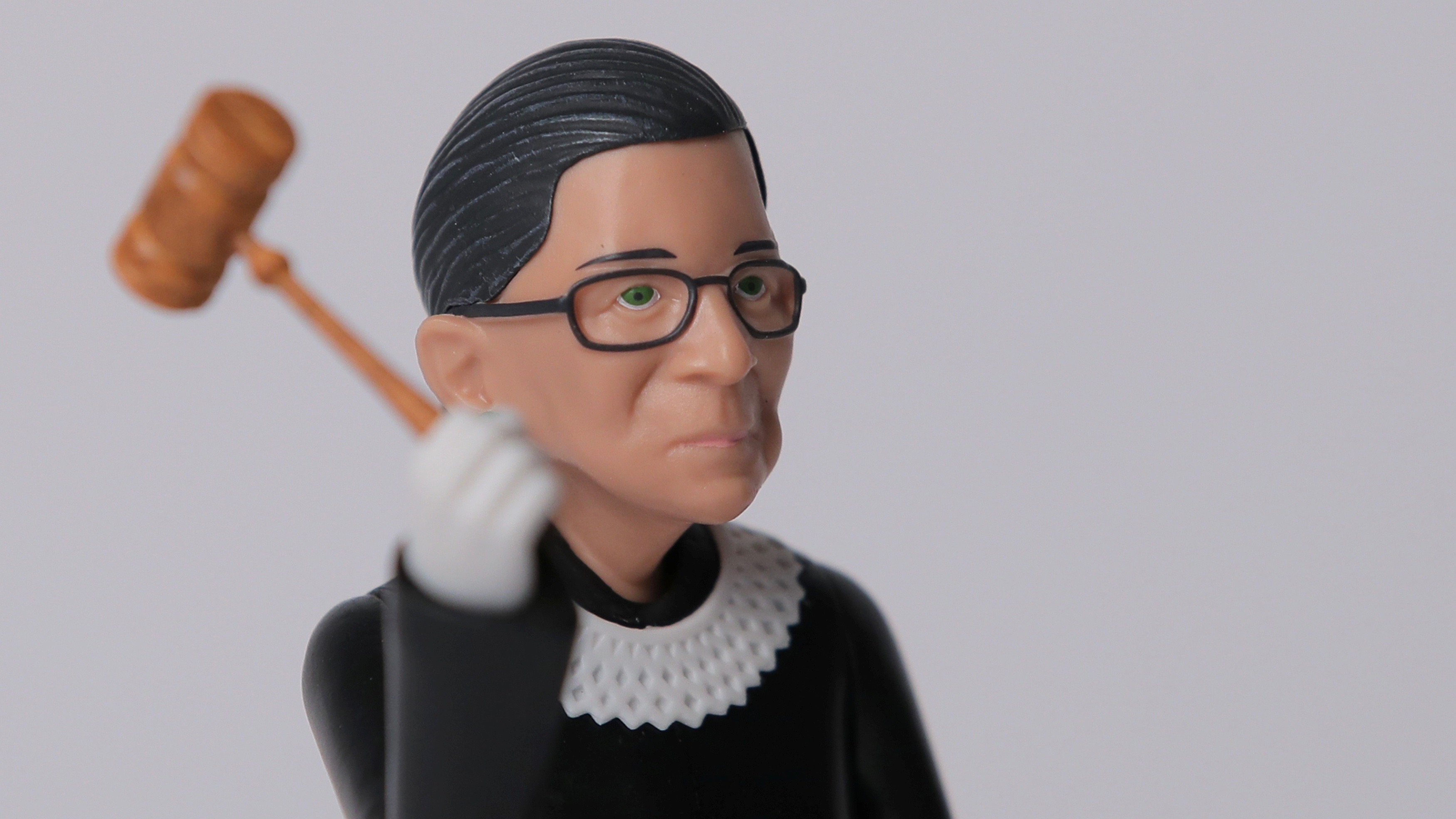 For Ruth Bader Ginsburg, childhood requirements included family trips from Brooklyn, where she grew up in comfort, to the Lower East Side of Manhattan, where her Russian immigrant parents once lived in relative squalor along with other immigrant Jewish families. Ginsburg’s father left Russia because Jews were denied education there, and the Baders wanted their daughter to remain connected to her roots, to know who she was and where she came from. On these trips, which the future justice didn’t love, she discovered something that would also shape her future.

The visits included a stop at the New York deli Russ & Daughters at 179 East Houston St. Apart from appreciating the pickled herring, bagels, and lox, young Ruth could see something she’d never seen anywhere else—a business that proudly proclaimed in its name and its signage that it would be passed on to daughters and not sons. The notion, which might not seem revolutionary today, was novel for a girl growing up in the 1930s and ’40s. Before she ever heard the word “feminist,” Russ & Daughters helped shape Ginsburg’s idea of what’s possible for women.

Today, the deli ships its delicacies everywhere. In 2018, its brunch offerings were named one of Oprah’s favorite things. And the shop has four locations, including one in the Jewish Museum on New York’s Upper East Side. Like Ginsburg, it has evolved, gained fame, and become iconic—remaining rooted in its humble beginnings while its reputation has grown.

Indeed, the fate of the delicatessen and the Supreme Court justice have been intertwined over the decades. Filmmaker Julie Cohen—whose documentary RBG with Betsy West, about Ginsburg’s work in the law and meteoric rise in the culture, has been nominated for an Academy Award—first met the justice when she was working on The Sturgeon Queens, a film about the history of Russ & Daughters.

Cohen tells Haaretz she visited the Supreme Court in July 2013—bagels, cream cheese, and other delicacies in tow—to talk about Ginsburg’s food memories for The Sturgeon Queens. It was right as the court was issuing landmark decisions on voting rights and same-sex marriage. “I felt almost embarrassed to come into the court at a time like that to talk about pickled herring,” Cohen admits.

Ginsburg, who favors poppy-seed bagels, was gracious. She gave Cohen her full attention. She also ended up giving the filmmaker the idea for her next project, a film about the 85-year-old woman who rose to glory against all odds.