Please let there be a special circle of hell just for rocket launcher enemies and brutes.

Oh no… what if MY special circle of hell is filled with rocket enemies that launch brutes?!

If Your Discover Weekly Playlist Sucks, Try This

Your Discover Weekly probably doesn’t suck—the feature is so popular that it’s the subject of long glowing profiles on tech blogs and business blogs. Spotify even built an ad campaign out of users tweeting how much they love the feature. Each week, every active Spotify user gets a new list of 30 tracks, and over half…

How to Stop Apps From Listening in on Your TV Habits

That innocent-looking mobile game you just downloaded might just have an ulterior motive. Behind the scenes, hundreds of different apps could be using your smartphone’s microphone to figure out what you watch on TV, a new report from The New York Times reveals. Here’s what you need to know about these eavesdropping…

When you’re promoting your work, it’s natural for people to wonder how it appeals to them. However, it’s okay if the answer is “it doesn’t.” Your work doesn’t need to appeal to everyone if you can carve out your own niche.

While we just swore in the 45th President of the United States for a four-year term, there will be another big election in two years. Add it to your calendar now while you’re still thinking about politics.

You can’t exactly blast your favorite tunes when you’re supposed to be listening intently to the baby monitor. This custom build from popular DIYer Ben Heck will let you listen to your music until your little one starts to make noise.

by Claire Lower on Skillet, shared by Andy Orin to Lifehacker

Hello babies and bibbles, and welcome to a smokey and salty edition of Will It Sous Vide?, the weekly column where I make whatever you want me to with my immersion circulator.

This Week's Most Popular Posts: July 11th to July 18th 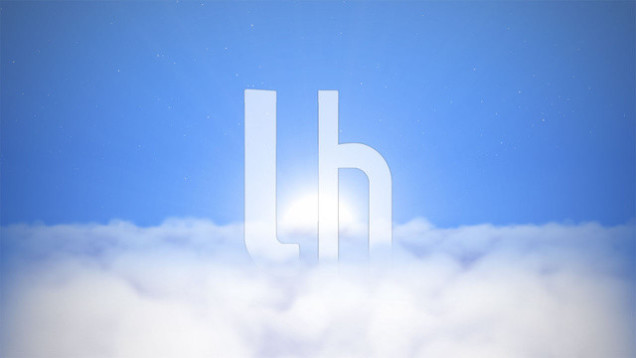 This week we revamped our annual Lifehacker Packs , rounded up the stuff you're doing wrong every day , found the ideal salary in each state , and peeled a mango in under 10 seconds . Here's a look back.

The Popular Android Apps That Hog the Most Battery, Data, and Storage 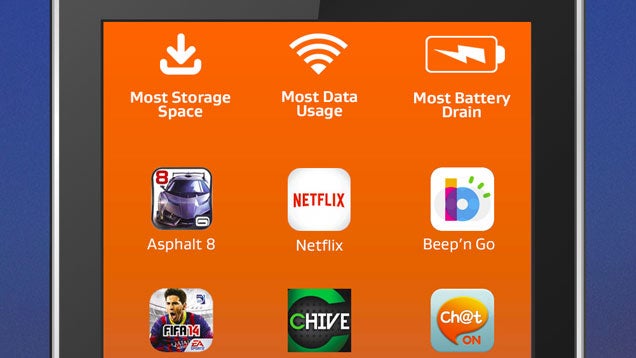 It's no secret that many apps are terrible for your phone's performance. If you want to know which ones are the worst, take a look at this study from AVG, which highlights the Android apps that drain your battery most, take up the most storage space, and use up the most data.

When somebody sneezes, you say, Bless you or Gesundheit. But suppose that person coughs. Are you supposed to say something--or are they?  Plus, Mexican standoffs, gracious plenty, linguistic false friends, southpaw vs. northpaw, the slang of rabbit fanciers, a quiz about animal noises, and where to find a purple squirrel. And what's so humbling about winning an award?

When you think of the word binky, a child's pacifier probably comes to mind. But it's also a term known among rabbit fanciers. It refers to when bunnies frolic and jump around.

When somebody sneezes, you say, "Bless you" or "Gesundheit," but what about when someone coughs? Grant believes that if anything, the cougher ought to say excuse me. A commenter on Paul Davidson's blog sets a good rule of thumb: bless anything that looks like it hurt.

A listener from Fairfield, Connecticut wonders why she changes her accent and diction when family members from the Middle East are in town. Actually, everyone does this. It's a matter of imitating those around us in order to make ourselves feel part of a group. After all, the human response to someone who sounds like us is to like them more.

Here's a quiz: Is a purple squirrel a) a diving board trick, b) a cocktail, or c) a rare job candidate with all the right qualifications? The answer is c. There have, however, been reports of purple squirrels of the sciurine variety.

Is Hiya a legitimate way to say hello? Sure. The Dictionary of American Regional English has citations for this greeting going back to 1914, but it's heard both in the United States and the United Kingdom.

Our Quizmaster John Chaneski has quiz based on animal sounds. What sort of wild party would a sheep throw? Or what five-masted ship do golden retrievers sail on? Tip: For this game, animal sounds are just as important as advanced vocabularies.

This awards season, many winners will say they're humbled by the honor. Ann from Burlington, Vermont, wonders: Shouldn't they feel, well, honored? What's so humbling about winning awards? Grant argues that saying "I'm humbled" is truly a mark of humility to express doubt about your worthiness. Martha would rather hear them just say "I'm honored" or "I'm grateful."

What's the best time to schedule a dentist appointment? Why, tooth-hurty, of course!

If you've had enough to eat, you might say you've had gracious plenty. This expression goes back to the early 1800s, and serves the same purpose as saying you're sufficiently suffonsified and or you've had an elegant sufficiency.

A San Diego listener of Mexican descent says a scene in a Quentin Tarantino film has her wondering about the term Mexican standoff. Is it just a duel? A three-way duel, complete with guns? The end of a 1-1 doubleheader in baseball? Over time, it's had all of these definitions. But the term appears to derive from a derogatory use of Mexican to describe something inferior or undesirable, and therefore should be avoided.

Beware of linguistic false friends, also known as false cognates. You wouldn't want to say you're feeling embarazada in Spanish, unless you want to say you're pregnant. And don't order the tuna in Spain unless you want to hear a musical group made up of college kids. A kind of false friend exists within English as well—noisome doesn't mean noisy, it means icky, and bombastic doesn't mean booming, it means fluffy or ostentatious, deriving from bombast, a kind of cotton padding.

In Zen Buddhism, the term all one refers to a state of enlightenment that's the opposite of isolated and alone. The word alone, however, comes from the idea of "all on one's own." The word alone also gives us lone, lonely and lonesome, through a process called misdivision.

Is the phrase right on just an outdated relic of hippie talk, or is it making a comeback? The Journal of American Folklore traces it back to at least 1911, but it gained traction among African-Americans and hippies in the '60s and '70s, and now exists as a fairly common term of affirmation.

In an earlier episode, we talked about those huge palmetto bugs known as gallon-nippers.We heard from Dell Suggs in Tallahassee, Florida, who says he knows them simply as gallinippers. This term for a really large mosquito goes back to the early 1700s, and plenty of variations, like granny-nipper, have been tossed about. What do you call those mosquitoes the size of a racquetball where you live?

How come left-handers get the term southpaw, but righties aren't known as rightpaws? Because being right-handed is the default setting, the fun terms really just exist for the variants. In Australia, lefties are known as mollydookers, and the word sinister actually comes from the Latin term for "left."

Do you pronounce crayon like crown? This common variation tends to be a Midlands pronunciation. Actually, Americans may pronounce this word several ways, as this dialect map shows.

This week’s episode was hosted by Martha Barnette and Grant Barrett.
....

Support for A Way with Words also comes from National University, which invites you to change your future today. More at http://www.nu.edu/.

And from The Ken Blanchard Companies, whose purpose is to make a leadership difference among executives, managers, and individuals in organizations everywhere. More about Ken Blanchard’s leadership training programs at kenblanchard.com/leadership.

A Way with Words is funded by its listeners: http://waywordradio.org/donate

Get your language question answered on the air! Call or write with your questions at any time: