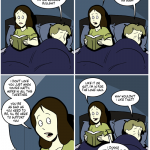 The post Stuck In Neutral appeared first on Something Positive.

Charging and discharging Li-metal batteries (LMBs) at low temperatures is problematic due to the sluggish charge-transfer process. Here the authors discuss the roles of solvation structures of Li-ions in the charge-transfer kinetics and design an electrolyte to enable low-temperature operations of LMBs.

Since 1965, the story has been that members of the Nation of Islam killed Malcolm X. Now, the family of New York police officer Raymond Wood have shared Wood's deathbed letter claiming that the FBI and the New York Police Department conspired to kill Malcolm X. — Read the rest

When hackers corral infected computers into a botnet, they take special care to ensure they don’t lose control of the server that sends commands and updates to the compromised devices. The precautions are designed to thwart security defenders who routinely dismantle botnets by taking over the command-and-control server that administers them in a process known as sinkholing.

Recently, a botnet that researchers have been following for about two years began using a new way to prevent command-and-control server takedowns: by camouflaging one of its IP addresses in the bitcoin blockchain.

Impossible to block, censor, or take down

When things are working normally, infected machines will report to the hardwired control server to receive instructions and malware updates. In the event that server gets sinkholed, however, the botnet will find the IP address for the backup server encoded in the bitcoin blockchain, a decentralized ledger that tracks all transactions made using the digital currency. our staff aren’t underpaid but think they are

by Ask a Manager

This post, our staff aren’t underpaid but think they are , was originally published by Alison Green on Ask a Manager.

I work at a nonprofit with about 200 staff. Staff constantly bring up how underpaid they are and ask for bonuses, cost-of-living increases, better benefits, everything. They take up a lot of meeting time talking about it, send all-staff emails, badger the board, send nasty emails to any committee that has anything to do with money, and get angry at the person who cuts the paychecks. It’s not everybody, but might border on 50% of staff who are adamant that we are underpaid.

But our staff is very well-paid by market comparators. Our HR department commissioned a report from the most capable local compensation consultants, and they found that our staff are among the highest-paid employees in their job categories in our region (and, I should point out, these are professional jobs that are decently-paid to begin with). They literally would take a pay cut if they went and did this job at any other organization, whether private sector, government, or nonprofit. Employee response? The report was rigged.

W are given regular increases, every year there is a bump to pay scales, there are benefit improvements all the time, and our leadership has been fantastic during COVID. None of this seems to satisfy a vocal group of staff. Another factor is that because we are nonprofit, we cannot have salaries that are too high or we risk being de-incorporated by the government (the government in our region has shown that they will do this). Staff know this, but the griping continues, constant and mean. It is poisoning our entire workplace.

Because of some weird things about our structure and the overall culture of our organization (if you try to get people to stop using all-staff email, for example, there will be an outcry about quashing dissent), I think the only tool we have here is communication. I think our leaders need to convince people that we are well-paid and the regular increases are enough to keep us that way. Looking at facts and figures doesn’t seem to be doing anything. How do we convince people that they’ve got a pretty sweet deal?

I don’t know that you should spend a lot of time trying to convince them, on top of the time and effort you’ve already invested. You’ve given them the info. They don’t believe you. And they’re poisoning your culture. You’re probably better off being really clear about what will and won’t happen and encouraging people to make their employment decisions accordingly.

Before I go any further, I need to give a caveat: I’m taking you at your word that your staff are paid well. It’s not necessarily the case that they’re paid well just because they would earn less everywhere else, because there are jobs that are systemically underpaid everywhere. But for the purpose of this answer, I’m going to assume they’re earning at least a living wage and presumably above that.

Okay. So what is going on here? What you describe is so unusual — “constant and mean griping,” along with hassling people who have no power over their pay, and a set of beliefs so fully at odds with what the facts seem to be — that I’ve got to think something else is going on. There are some hints in your letter of other culture problems, and I’d bet money that your organization has some serious work to do on its culture in general.

It’s good to have a culture where people feel comfortable raising issues, but what you’re describing — the “constant and mean griping,” the nasty emails, the anger and badgering — is not a functioning, healthy organization. Dissent is good! People feeling comfortable pushing back is good! Ongoing meanness is not.

So I don’t think you can solve this without taking a bigger look at whatever’s going on with your culture. And because of that, I’m hesitant to offer advice on addressing just the pay piece of things, because I don’t think that on its own will address whatever is really going on.

That said, you can certainly lay out everything you’ve done to assess your organization’s pay and how you’ve reached the conclusions you’ve reached. You can say that if anyone wants to bring you additional research that tells a different story, you’ll be happy to take a look at it (and mean that).

And from there, you can set limits on what behavior is and isn’t okay. You can’t just say “stop talking about pay” — that’s terrible from a PR, morale, and management standpoint, and it’s also likely to violate the National Labor Relations Act (depending on the specifics of how you implement it). But you can put your foot down about spending significant meeting time on it, badgering the board, sending nasty emails, or being rude to the person who cuts the paychecks.

You also can say that you want to be really clear about what the organization can and can’t offer for salaries and what will and won’t be happening in the future, so that people can make the right decisions for themselves. And you can say that you fully support people who are unhappy with their pay in leaving for better opportunites. When you say that, it shouldn’t sound like “there’s the door” but rather a genuinely supportive, “We’ve considered this from many angles and want to be transparent that our salary structures will not change. Please give some thought to whether that will work for you, and if it doesn’t, we understand and we’ll do whatever we can to support you in finding another position at a different organization. But we can’t continue discussing it over and over. It’s become a distraction to our work, so we need you to decide if this will work for you or not.” And then you enforce that the same way you enforce any other work standard; you have to mean it and you have to be willing to follow through if the behavior continues.

But something else is going on there. it's over etc etc

What Are You Reading? 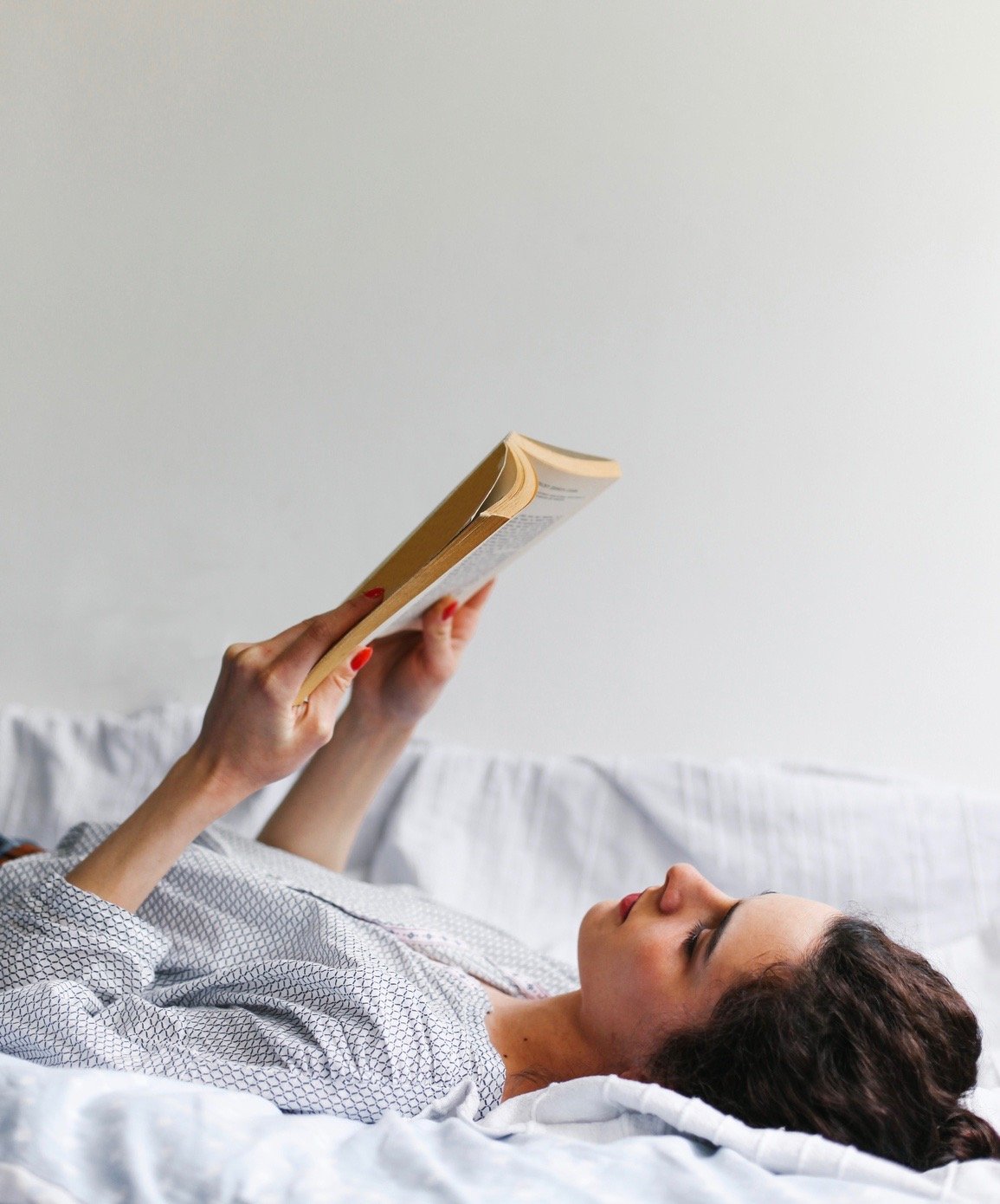 What have you been reading lately? I just devoured two incredible books…

First, Between Two Kingdoms by Suleika Jaouad. The gripping memoir starts when she’s a college student, who has a persistent itch on her legs.… Read more

The post What Are You Reading? appeared first on A Cup of Jo. 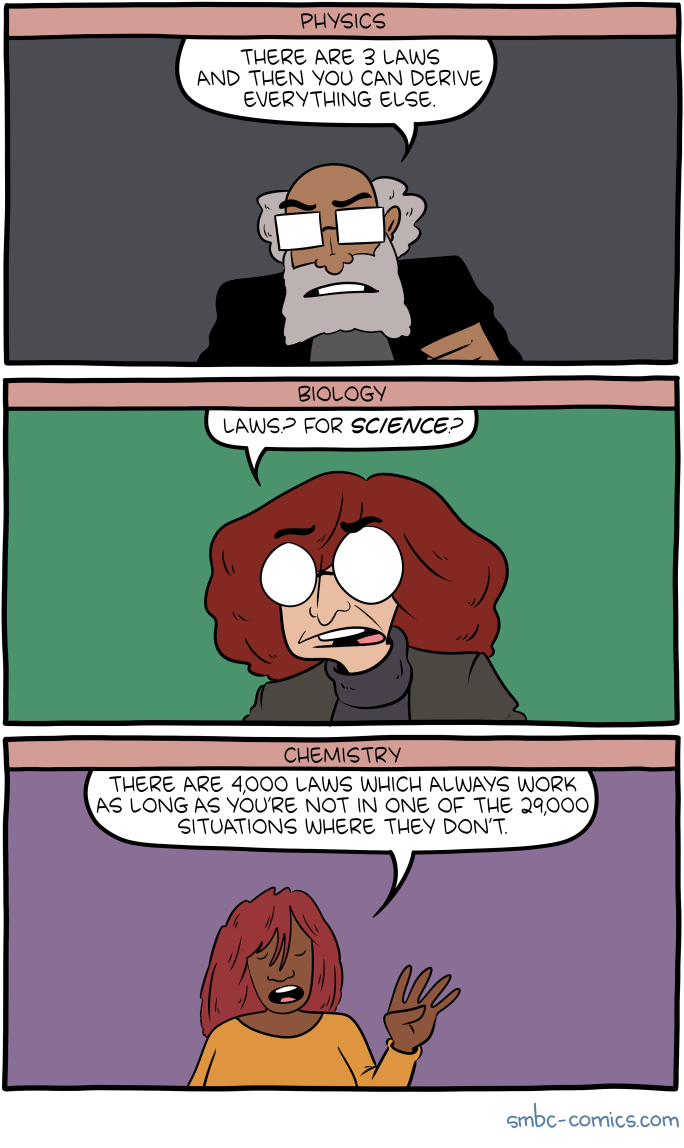 Hovertext:
'This way of thinking bonds works great everywhere except anywhere in or near the middle of the period table'

Hovertext:
'This way of thinking bonds works great everywhere except anywhere in or near the middle of the period table'

Early on in D-Wave's history, the company made bold claims about its quantum annealer outperforming algorithms run on traditional CPUs. Those claims turned out to be premature, as improvements to these algorithms pulled the traditional hardware back in front. Since then, the company has been far more circumspect about its performance claims, even as it brought out newer generations of hardware.

But in the run-up to the latest hardware, the company apparently became a bit more interested in performance again. And it recently got together with Google scientists to demonstrate a significant boost in performance compared to a classical algorithm, with the gap growing as the problem became complex—although the company's scientists were very upfront about the prospects of finding a way to boost classical hardware further. Still, there are a lot of caveats even beyond that, so it's worth taking a detailed look at what the company did.

Magnets, how do they flip?

D-Wave's system is based on a large collection of quantum devices that are connected to some of their neighbors. Each device can have its state set separately, and the devices are then given the chance to influence their neighbors as the system moves through different states and individual devices change their behavior. These transitions are the equivalent of performing operations. And because of the quantum nature of these devices, the hardware seems to be able to "tunnel" to new states, even if the only route between them involves high-energy states that are impossible to reach.