The Recipe Generator is essentially a one-armed bandit of ingredients and techniques, offering more than 50 combinations of things you’re most likely to find in a market or your C.S.A. basket, with recipes that make wonderful use of them.
04 Aug 23:16

Wikipedia, the online encyclopedia that strives for a sort of crowdsourced objectivity, has settled on the phrase “American dissident” when referring to Snowden. Not surprisingly though, not everyone on the site agrees with this characterization.
firehose likes this
04 Aug 00:35

by Soulskill
Duggeek writes "After 17 years, one of the best kept secrets in shopping, Geeks.com, has shuttered its online doors. Myself, I have a small book of sales orders from years past. According to the latest announcement, that stack will not be growing any larger. Quoting: 'Our vision has always been to provide the geeky tech consumer an alternative avenue to purchase quality refurbished and new techy products and gadgets. That vision was the cornerstone of our slogan "Best Deals Every Nanosecond." Unfortunately after a lot of difficult consideration the owners of Geeks.com feel we are unable to come through on this vision any longer. There are many why's... The e-commerce landscape, as well as the consumer electronics market, has changed dramatically with intense competition and a 1000lb gorilla (do we really need to say who) competitor that can lose millions of dollars to buy customers and suck up inventory. They can lose money with impunity, supported by the stock market. We cannot.' The landing page of their website now goes directly to this announcement; the storefront is switched off. They maintain a Facebook page where a combination of remorse and surprise is rapidly growing. The letter also asserts that they will fulfill all business obligations to online customers during their transition to both a solitary, brick-and-mortar presence in California and a wholesale division, Evertek. Personally, just about every keyboard in my closet was purchased from them, and another box full of USB devices as well. Five of my PC builds exist because of them. Feel free to share your own memories of the former Computer Geeks Discount Outlet." 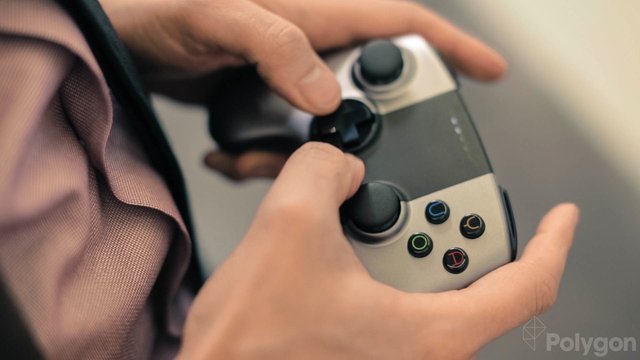 In a mea culpa to Ouya's early adopters, the company is handing out store credit to owners of the Android-powered console in an attempt to dull the platform's growing pains (late shipments, missing controllers and other delays).

In an email to customers, Ouya CEO Julie Uhrman addresses those who have had "any kind of less-than-Ouya experience" and apologizes to them to the tune of $13.37 in store credit that can be used toward a purchase on the console's Discover store.

"It wasn't OK that some of you — our most loyal supporters — didn't get your Ouya until after it was on store shelves," Uhrman wrote. "Others had an issue with our still-new customer service. Despite your frustrations, you've played on, putting up with our bumps and bugs as we work to get better every day.

"That being the case, we want to do more than tell you how much we appreciate you — we want to show it."

Uhrman calls the gesture a "first step" in winning back customers' love. At the very least, it will likely spur an increase in the number of game's purchased by Ouya owners. by Unknown Lamer
curtwoodward writes "Uber, the well-funded startup that hails cabs and black cars with a smartphone app, is a pretty slick way to book a ride. But how competitive is Uber with the traditional, highly regulated cab market? According to results from the startup's move into Boston, not very. Figures released in a court case show that, over 15 months, Uber processed just $9 million in gross fares (the drivers get most of that). Meanwhile, Boston's overall cab industry is pegged at doing about $250 million a year in fares. Despite the publicity, Uber still has a long way to go." printeresting: (via 1 | A Tiny Printer For Every... (via 1 | A Tiny Printer For Every Choose-Your-Own-Adventure Lover | Co.Design: business innovation design)

I love this idea and I wish I had thought of it first! I do have a dream of making a green text arcade machine for playing text adventures. :)-LT

This Pizza Box Will Change Our Lives Forever

The boss of Twitter UK has said sorry to women who have experienced abuse on the social networking site.
03 Aug 23:37 Tax havens offer US multinationals a fantastic deal, and so will tax reform

The top nine largest offshore cash holders who reported their tax rates, and the overall average.

Attempts to reform the US corporate tax rate have been falling flat for many reasons, but chief among them is that multinationals enjoy such a good deal from tax havens: a 6.9% average tax rate on billions of overseas cash.

Eighty-two of the the one hundred largest US companies take advantage of tax havens, according to a new analysis from a the US Public Interest Research Group. Those companies are holding $1.17 trillion in cash overseas.

It’s easy to see why: Offshore money comes at a big savings to the effective rate of 12.6% paid by the average large US corporation. (The statutory rate is 35%.) US president Obama is currently seeking to lower the statutory rate to 28%, while the plan offered by Republicans would bring it down to 25%.

So how do you get that overseas corporate cash out of limbo? In Washington, they’re trying to figure it out, but the tax havens give multinational corporations all the leverage. The leading proposal among Republicans tempts corporations with a 5.25% tax rate on money they bring back while other reforms go into effect, a figure chosen to undercut what  tax havens offer. After that, both Republicans and Democrats lean toward a global minimum tax, but it could be as high as 15%.

In short: Even if tax reform goes through, there’ll be plenty of incentive for companies to shift intellectual property and earnings overseas.

That’s why the question about rates is second to how the US should try to close the loopholes companies exploit. It’s also worth considering whether the corporate income tax is becoming archaic, and it’d be better to toss the whole thing out and raise revenue through a method with more positive externalities, maybe one of those newfangled carbon taxes or an old-fashioned hike in levies on capital gains and dividends. schmergo: What do German tree guardians say when they bump into each...

What do German tree guardians say when they bump into each other?

by Soulskill
An anonymous reader sends this quote from an article at CNet: "The U.S. government is quietly pressuring telecommunications providers to install eavesdropping technology deep inside companies' internal networks to facilitate surveillance efforts. FBI officials have been sparring with carriers, a process that has on occasion included threats of contempt of court, in a bid to deploy government-provided software capable of intercepting and analyzing entire communications streams. The FBI's legal position during these discussions is that the software's real-time interception of metadata is authorized under the Patriot Act. Attempts by the FBI to install what it internally refers to as 'port reader' software, which have not been previously disclosed, were described to CNET in interviews over the last few weeks. One former government official said the software used to be known internally as the 'harvesting program.'"

by Soulskill
vikingpower writes "Randall Munroe, the comic author best known as the creator of the xkcd webcomic, reveals the secret backstory of his epic, 3099-panel 'Time' strip in an interesting interview with Wired. He says, 'In my comic, our civilization is long gone. Every civilization with written records has existed for less than 5,000 years; it seems optimistic to hope that the current one will last for 10,000 more ... The Earth’s axis wobbles over the millennia, and some individual stars move visibly, so I used a few different pieces of astronomy software–with a lot of hand correction and tweaking–to render the future night sky. When the Sun sets in the night sequence, one of the first things you see is the gap where Antares should be, which was the first clue that this is taking place in the far future. Later in the night–which lasted for several days of real time–more astronomical details let readers pin down the date more precisely.' The comic can be seen as an animation on YouTube. There is also a complete click-through version available on geekwagon. This comic inspired a dedicated wiki and has its own glossary." So classy. I love stuff like this, even when it doesn’t have Gachapin on it. It’s out in Japan August 5; Amiami has preorders of the red one open for 2100 yen. Somehow the brown one is already sold out? Steam's Hardware Survey Shows Not Much For Linux

Valve's Steam Hardware Survey has been updated for July 2013 and it indicates not much for Linux in the way of change. The Linux gamer base using Steam remains at just over 1%...

→ Working in the Shed

We live in an age of ubiquitous information and communication, so distractions have never been more pervasive. We have too many choices of what to look at or focus attention on. The internet is a glittering carnival of diversions, and that’s wonderful – until you need to get some work done.

The enemy here isn’t the net, of course; it’s you. You’re the one being distracted.

I’m increasingly finding that I do my best work when I close Tweetbot and remove it from the Dock.

saucie found me out
this is my dumb one-joke tumblr Wired on Trek in the Park

There's a lengthy piece up over at Wired's culture blog Underwire about Trek in the Park, which kicks off its final season this weekend at St. Johns' Cathedral Park with classic episode "The Trouble with Tribbles." Having witnessed a Tribble-making party at the Jack London Bar, where the bar turned into a very fuzzy factory floor, I'm looking forward to seeing all those Tribbles in action.

For my money, the best piece written about Trek in the Park over the years was Denis' article two years ago, "Set Phasers for Learn!", a primer for the Trek-illiterate:


THE PREMISE: If you people had bothered to watch even one measly episode, you'd know at least this much: "These are the voyages of the starship Enterprise"—an interstellar spacecraft 250 years in the future. It's on a five-year mission to extend the military and economic might of an America-like assemblage of peace-loving planets called the Federation. It's also tasked with checking the expansionist impulses of the Soviet-like Klingons and Red China-like Romulans.

And while we're on the subject of dredging up geeky nostalgia for things past: If you haven't read the history of the Oregon Trail computer game that's making the rounds, give it a look.