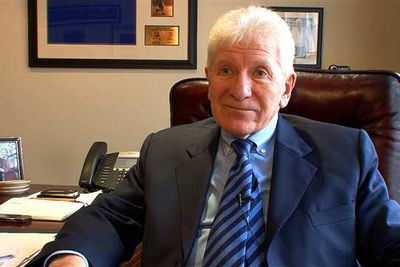 The best news you've ever heard.

The best news I, you and every single Bolton Wanderers fan has ever heard has just been announced on bwfc.co.uk - it confirms that Eddie Davies WILL wipe all the debt that is owed to him by the club, a figure which rises to approximately £185m.

This means, I'm sure you're aware, that the new owner who buys Bolton Wanderers will be relatively debt free, with only small loan on the hotel still needing to be paid.

Whilst it was obvious that the debt would probably need to be wiped for any potential new owner to purchase the club, seeing it actually confirmed in black and white comes as such a massive relief to a fan base that has had to seriously fear a future  with out the club they support in recent years.

In an update, the advisor to the board and owner of the club, Trevor Burch said:

"Eddie will be writing off his loans that currently sit in the accounts. He's effectively gifting the club approximately £185million. There is no bank debt, other than a small loan on the hotel. The club has been financed by Eddie's loan contributions."

The interview is an interesting one (and can be read in full here) and also states that there has been no indication from any potential new owner that they'd want to sack current manager Neil Lennon. Also included is the potential fait of Phil Gartside, how much Eddie Davies sets to lose as owner of Bolton and what any potential buyers will be getting in the deal.

What ever happens from this point onwards, however, thanks to Eddie Davies there is a future for Bolton Wanderers and it may just be a bright one. Whatever you may think of him, this action has single handily kept our club alive.

Results From the Canadian Amateur Championships. 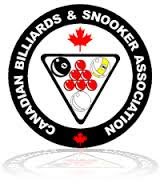 Last week from June 24-28 the Canadian Amateur Championships were held at Fairville Shooters, in Saint John New Brunswick . There were five events that took place during this time which included Men's 8 and 9 Ball, Women's 8 and 9 Ball along with a single Junior event.

Throughout the five divisions there was a total of 155 entries and over $28,000 in cash prizes. Below are the results and names of this years Canadian Amateur Champions. As you can see most of these tournaments were well attended outside the Junior event which only saw four participants. From my count there were 5 provinces represented this year. Most of the participants were from New Brunswick and Nova Scotia, with a few from Ontario, P.E.I and Newfoundland.

Junior 9-Ball – 4 participants and $1,000 in Junior World Championship expenses for 2 participants in Shanghai in November – C.B.S.A also donated one $750 OB Cue to the Juniors to raffle off for additional expense money.

As many of you know there is a shift a top the C.B.S.A with both the Vice President and President leaving the association. With the stream numbers above it is obvious that there is a lot of interest in Canadian pool, and this appears to be an appropriate time as any to bring the association to new heights and have every Province and Territory represented.  I invite anyone who wishes to help make this possible to contact the C.B.S.A and see how you can help, whether that his running a local qualifier or running for a board position. For more information on this years Canadian Amateur Championship or to find out how you can help go to www.cbsa.ca
Randall Morrison likes this
21 Apr 22:00

Graeme Dott progressed earlier with a typically gritty performance against Ricky Walden, as ever he was not short of a word or two… 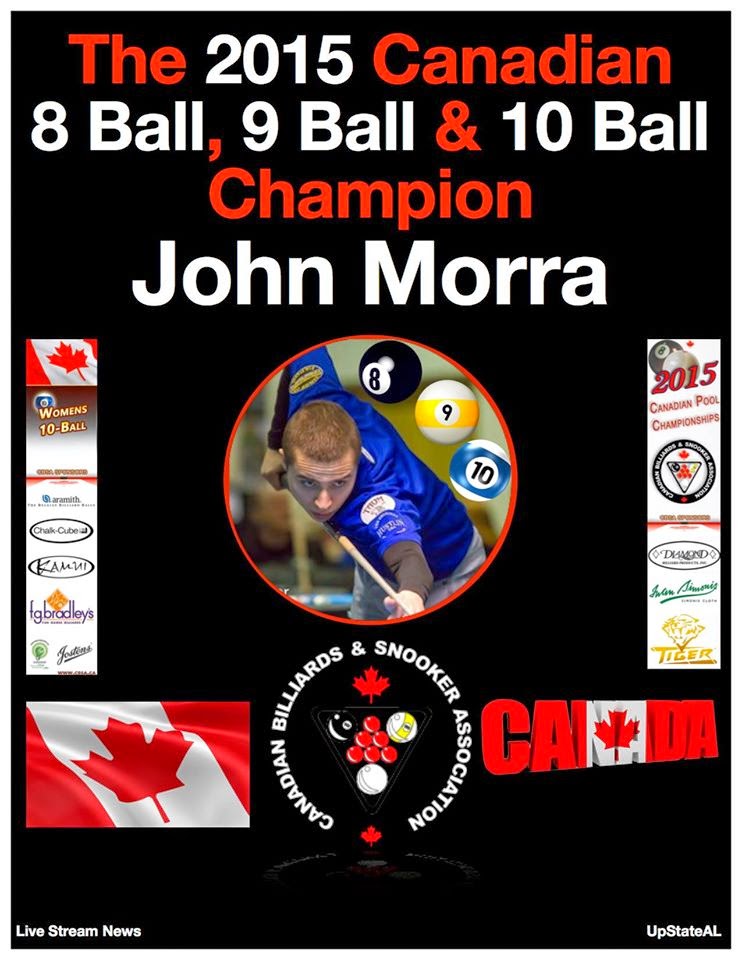 Right now in the Canadian pool scene there is no bigger name than John Morra. He has won several Canadian Championships but this year he decided he wanted them all for himself. When we talk about Morra being the first "Triple Crown" winner we are of course referring to him wining the 8, 9 and 10 Ball titles this year. Some have been quick to point out that Alex Pagulayan has won three Canadian titles in a year but that included a Snooker title, and we can all agree that Snooker is in a separate category than pool. When it comes to the format that took place this week, John Morra is the only Canadian player to even come close to winning all three, not only in a single year but a single week.

What is even more impressive than Morra sweeping the Canadian Championships this year is how he did it. The entire week he only dropped one set and that was in the 8 Ball division to Erik Hjorleifson in the winners side final. Morra rebounded from this loss to come back to beat Hjorleifson in the final and went undefeated the rest of the week.

In the 9 Ball division Morra cut through the winners side bracket virtually untested. In the final four on the winners side against Jason Klatt, many thought this would be the match where he could falter. However after gaining a 6-1 lead early, Morra went on to easily win 11-3. This set up an all Morra winners side final between John and his father Mario. They were matched up earlier in the week and once again it was the junior of the two Morra's who would win as John got by his father 11-6.
In the final he faced Shannon Ducharme from Winnipeg who had shown flashes of brilliance throughout the week. Ducharme was able keep this set close the whole way, but Morra was not going to be denied his place in history. He went on to win 15-12 to become the first ever "Triple Crown" winner. Congratulations to John Morra on his historic run this past week. For his hard work this week he won $3500 plus a trip to three World Championships.

The tale begins when I was diagnosed with psoriasis as a teenager. Notable characters include the evil dermatologist who pushed steroids on me as my only treatment, my Mom who suffers from severe chronic psoriasis, and a scared but tenacious teenage Britt. The story has a happy ending: I refused long-term steroid treatment and experienced a miraculous remission of disease with diet changes and supplements.

I used this story to explain why I wanted to practice naturopathy for naturopathic medical school applications in 2007. I used it again in 2013 to market a detoxification package I designed to sell in private practice. It is a very convenient and valuable story. For many, including myself, it proved that naturopathic medicine works. Look at my skin–no psoriasis! Finish reading

The post A psoriasis story appeared first on Naturopathic Diaries.

Randall Morrison, Vitormbarbosa and 32 others like this
No more posts. Check out what's trending.