by Fabien, Gagosz
Direct C-H bond functionalization is a useful strategy for the straightforward formation of C-C and C-Heteroatom bonds. In the present work, a unique approach for the challenging electrophilic Au-catalyzed alpha-C-H bond functionalization of tertiary amines is presented. Electronic, steric and conformational synergistic effects exerted by the use of a malonate unit in the substrate were key to the success of this transformation. This new reactivity was applied to the synthesis of tetrahydro-g-carboline products which, under oxidative conditions, could be converted into valuable structural motifs found in bioactive alkaloid natural products
02 Jun 13:50

Synthesis of sulfonyl halides using sodium hypochlorite pentahydrate (NaOCl·5H2O) crystals was studied in detail, considering the reaction rate and yield of the desired product. NaOCl·5H2O reacted with disulfides or thiols in acetic acid to produce sulfonyl chlorides. The yields of the desired sulfonyl chlorides were enhanced when the reaction was performed in (trifluoromethyl)benzene under a CO2 atmosphere. The generation of hypochlorous acid (HOCl) was essential for both reactions. Similarly, sulfonyl bromides were prepared via the reaction of disulfides or thiols with sodium bromide and NaOCl·5H2O crystals in acetic acid owing to the generation of hypobromous acid (HOBr). However, the reaction could not proceed in (trifluoromethyl)benzene under a CO2 atmosphere because bromine was produced instead of HOBr.
[...]

Total Synthesis of (−)‐Bastimolide A: A Showcase for Type I Anion Relay Chemistry

The introduction of remote stereochemistry via successive Type I Anion Relay Chemistry (ARC) coupling of commercially available enantioenriched epoxides has enabled a 20-step total synthesis of (−)-bastimolide A. The streamlined assembly and manipulation of ARC products demonstrates a versatile approach that could be leveraged toward other polyhydroxylated macrolides

Integrative self-assembly of PdII cations with an enantiopure helicene-based ligand and non-chiral but emissive fluorenone ligands yields a series of Pd2L2L′2 heteroleptic coordination cages, showing circularly polarized luminescence (CPL) from the non-chiral moiety. Modulation of the chiroptical properties is achieved by ligand modification or guest binding, achieving an up to 4-fold enhancement of CPL intensity.

Multicomponent metallo-supramolecular assembly allows the rational combination of different building blocks. Discrete multifunctional hosts with an accessible cavity can be prepared in a non-statistical fashion. We employ our shape-complementary assembly (SCA) method to achieve for the first time integrative self-sorting of heteroleptic PdII cages showing guest-tunable circularly polarized luminescence (CPL). An enantiopure helicene-based ligand (M or P configuration) is coupled with a non-chiral emissive fluorenone-based ligand (A or B) to form a series of Pd2L2L′2 assemblies. The modular strategy allows to impart the chiral information of the helicenes to the overall supramolecular system, resulting in CPL from the non-chiral component. Guest binding results in a 4-fold increase of CPL intensity. The principle offers potential to generate libraries of multifunctional materials with applications in molecular recognition, enantioselective photo-redox catalysis and information processing.

Palladium-catalyzed regio- and chemoselective double-alkoxycarbonylation of 1,3-diynes: a computational study

The importance of O/N-glycosides as biologically active compounds cannot be overstated. This study is focused on the functionalization of glycals and ribals at the C2 position with alkyl, vinyl, aryl, heteroaryl and strained ring substituents. The functionalized glycals and ribals were transformed into 2-C-deoxyglycosides and 2’-C-deoxynucleosides. The application to the synthesis of an analogue of cladribine and clofarabine is described.

Catalytic Addition of Nitroalkanes to Unactivated Alkenes via Directed Carbopalladation

by Keary, Engle
We report a redox-neutral catalytic coupling of nitroalkanes and unactivated alkenes that proceeds by a directed carbopalladation mechanism. The reaction is uniquely enabled by the combination of PdI2 as the precatalyst and HFIP solvent. Structurally complex nitroalkane products, including nitro-containing carbo- and heterocycles, are prepared under operationally convenient conditions without the need for toxic or corrosive reagents. Deuterium labeling experiments and isolation of a catalytically relevant intermediate shed light on the reaction mechanism. By taking advantage of different catalytic activation modes, we demonstrate orthogonal methods for site-selective functionalization of a polyfunctional nitroalkyl ketone.
21 Jan 02:02 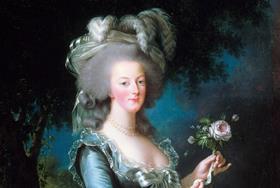