Becky Stern of Adafruit has created a “smart helmet” that directs users to the nearest Citi Bike station using an LED strip and a Flora GPS. Stern explains the entire process in this video, and step-by-step instructions to make your own are available at Adafruit. “…this video should help clarify whether you are fucking or not fucking.”

Meet the nice-guy lawyers who want $1,000 per worker for using scanners 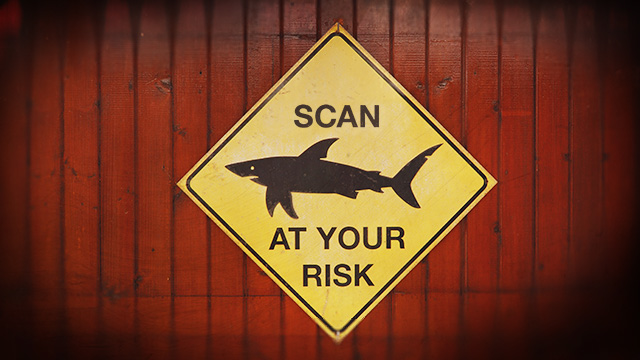 Starting late last year, hundreds of US businesses began to receive demand letters from secretive patent-holding companies with six-letter gibberish names: AdzPro, GosNel, and JitNom. The letters state that using basic office equipment, like scanners that can send files to e-mail, infringes a series of patents owned by MPHJ Technologies. Unless the target companies make payments—which start at around $9,000 for the smallest targeted businesses but go up from there—they could face legal action.

In a world of out-there patent claims, MPHJ is one of the most brazen yet. It's even being talked about in Congress. Rep. Peter DeFazio (D-OR), who has sponsored the anti-troll SHIELD Act, cited the operation as a perfect example of why the system needs reform. After publishing a story on the scanner-trolling scheme, Ars heard from letter recipients and their lawyers from around the country—Idaho and Texas, California and South Dakota.

Before the AdzPros and GosNels took over, the patents were owned by an entity called Project Paperless, which threatened dozens of businesses in Virginia and Georgia. Project Paperless ultimately filed two lawsuits, prosecuted by lawyers at Hill, Kertscher, and Wharton, an Atlanta firm with complex connections to the patents. In late 2012, Project Paperless sold the patents to MPHJ Technology Investments. Today, the anonymous owner of MPHJ operates GosNel, AdzPro, JitNom, and at least a dozen other shell companies now targeting small businesses around the country.