Azotobacter vinelandii is a microorganism with biotechnological potential because its ability to produce alginate and polyhydroxybutyrate. Large-scale biotechnological processes are oriented to sustainable production by using biomass hydrolysates that are mainly composed by glucose and xylose. In the present study, it was observed that A. vinelandii was unable to consume xylose as the sole carbon source and that glucose assimilation in the presence of xylose was negatively affected. Adaptive Laboratory Evolution (ALE) was used as a metabolic engineering tool in A. vinelandii, to improve both carbohydrate assimilation. As a result of ALE process, the CT387 strain was obtained. The evolved strain (CT387) grown in shaken flask cultivations with xylose (8 g L−1) and glucose (2 g L−1), showed an increase of its specific growth rate (µ), as well as of its glucose and xylose uptake rates of 2, 6.45 and 3.57-fold, respectively, as compared with the parental strain. At bioreactor level, the µ, the glucose consumption rate and the relative expression of gluP that codes for the glucose permease in the evolved strain were also higher than in the native strain (1.53, 1.29 and 18-fold, respectively). Therefore, in the present study, we demonstrated the potential of ALE as a metabolic engineering tool for improving glucose and xylose consumption in A. vinelandii.

To achieve long-term viral remission in human immunodeficiency virus (HIV)-infected children, novel strategies beyond early antiretroviral therapy (ART) will be necessary. Identifying clinical predictors of the time to viral rebound upon ART interruption will streamline the development of novel therapeutic strategies and accelerate their evaluation in clinical trials. However, identification of these biomarkers is logistically challenging in infants, due to sampling limitations and the potential risks of treatment interruption. To facilitate the identification of biomarkers predicting viral rebound, we have developed an infant rhesus macaque (RM) model of oral simian-human immunodeficiency virus (SHIV) SHIV.CH505.375H.dCT challenge and analytical treatment interruption (ATI) after short-term ART. We used this model to characterize SHIV replication kinetics and virus-specific immune responses during short-term ART or after ATI and demonstrated plasma viral rebound in 5 out of 6 (83%) infants. We observed a decline in humoral immune responses and partial dampening of systemic immune activation upon initiation of ART in these infants. Furthermore, we monitored SHIV replication and rebound kinetics in infant and adult RMs and found that both infants and adults demonstrated equally potent virus-specific humoral immune responses. Finally, we validated our models by confirming a well-established correlate of the time to viral rebound, namely, the pre-ART plasma viral load, as well as identified additional potential humoral immune correlates. Thus, this model of infant ART and viral rebound can be used and further optimized to define biomarkers of viral rebound following long-term ART as well as to preclinically assess novel therapies to achieve a pediatric HIV functional cure.

IMPORTANCE Novel interventions that do not rely on daily adherence to ART are needed to achieve sustained viral remission for perinatally infected children, who currently rely on lifelong ART. Considering the risks and expense associated with ART interruption trials, the identification of biomarkers of viral rebound will prioritize promising therapeutic intervention strategies, including anti-HIV Env protein therapeutics. However, comprehensive studies to identify those biomarkers are logistically challenging in human infants, demanding the need for relevant nonhuman primate models of HIV rebound. In this study, we developed an infant RM model of oral infection with simian-human immunodeficiency virus expressing clade C HIV Env and short-term ART followed by ATI, longitudinally characterizing the immune responses to viral infection during ART and after ATI. Additionally, we compared this infant RM model to an analogous adult RM rebound model and identified virologic and immunologic correlates of the time to viral rebound after ATI.

Deputies: Couple had Sex in Patrol Car After Arrest

by AP News
Authorities say a man and a woman who were stopped for drunken bicycling in a Florida beach town had sex in a deputy’s patrol car before one of them fled naked.
21 Jan 10:58 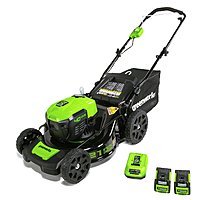 Why do distinct species have different proteins? Is there a key that allows eukaryotic cells to produce proteins involved in multicellularity that are mostly absent in prokaryotes? These are some of the questions addressed by the team of ICREA researcher Lluís Ribas, group leader of the Gene Translation lab at the Institute for Research in Biomedicine (IRB Barcelona). Their work has led to the discovery of a mechanism that allows eukaryotic cells to synthesize proteins that bacteria find hard to produce.
31 Jan 02:35

Biologists wait to assess the damage done to a delicate ecosystem by Irma. And in 13 years, the Cassini orbiter showed us lakes on Titan, geysers on Enceladus, and a new understanding of all things Saturn.

Needle adapters for intradermal administration of fractional dose of inactivated poliovirus vaccine: Evaluation of immunogenicity and programmatic feasibility in Pakistan

Publication date: 31 May 2017
Source:Vaccine, Volume 35, Issue 24
Author(s): Ali Faisal Saleem, Ondrej Mach, Mohammad T. Yousafzai, Asia Khan, William C. Weldon, M. Steven Oberste, Roland W. Sutter, Anita K.M. Zaidi
Administration of 1/5th dose of Inactivated poliovirus vaccine intradermally (fIPV) provides similar immune response as full-dose intramuscular IPV, however, fIPV administration with BCG needle and syringe (BCG NS) is technically difficult. We compared immune response after one fIPV dose administered with BCG NS to administration with intradermal devices, referred to as Device A and B; and assessed feasibility of conducting a door-to-door vaccination campaign with fIPV. In Phase I, 452 children 6–12months old from Karachi were randomized to receive one fIPV dose either with BCG NS, Device A or Device B in a health facility. Immune response was defined as seroconversion or fourfold rise in polio neutralizing antibody titer 28days after fIPV among children whose baseline titer ≤362. In Phase II, fIPV was administered during one-day door-to-door campaign to assess programmatic feasibility by evaluating vaccinators’ experience. For all three poliovirus (PV) serotypes, the immune response after BCG NS and Device A was similar, however it was lower with Device B (34/44 (77%), 31/45 (69%), 16/30 (53%) respectively for PV1; 53/78 (68%), 61/83 (74%), 42/80 (53%) for PV2; and; 58/76 (76%), 56/80 (70%), 43/77 (56%) for PV3; p&lt;0.05 for all three serotypes). Vaccinators reported problems filling Device B in both Phases; no other operational challenges were reported during Phase II. Use of fIPV offers a dose-saving alternative to full-dose IPV. Note, promo code is applied on the final checkout page.

by Xia Yi
Background: Phenolic aldehydes generated from lignocellulose pretreatment exhibited severe toxic inhibitions on microbial growth and fermentation. Numerous tolerance studies against furfural, 5-hydroxymethyl-2-furaldehyde (HMF), acetate, and ethanol were reported, but studies on inhibition of phenolic aldehyde inhibitors are rare. For ethanologenic strains, Zymomonas mobilis ZM4 is high in ethanol productivity and genetic manipulation feasibility, but sensitive to phenolic aldehyde inhibitors. Molecular mechanisms of tolerance for Z. mobilis toward phenolic aldehydes are not known. Results: We took the first insight into genomic response of Z. mobilis ZM4 to the phenolic aldehyde inhibitors derived from lignocellulose pretreatment. The results suggest that the toxicity to cells is caused by the functional group of phenolic aldehyde, similar to furfural and HMF, rather than aromatic groups or phenolic hydroxyl groups. Transcriptome response against 4-hydroxybenzaldehyde, syringaldehyde, and vanillin, representing phenolic groups H, S, and G, respectively, was investigated. The atlas of the important genes responsible for significantly enhanced and repressed genes at the genomic level was illustrated. 272 genes with twofold greater expressions than non-treated controls and 36 gene clusters in response to challenges of these phenolic aldehydes were identified. Several reductases encoded by ZMO1116, ZMO1696, and ZMO1885 were found to play the key roles in reducing phenolic aldehydes into the corresponding phenolic alcohols. Reduction of phenolic aldehydes by overexpression of ZMO1116, ZMO1696, and ZMO1885 in Z. mobilis ZM4 resulted in the increased inhibitor conversion and ethanol productivity, especially for 4-hydroxybenzaldehyde and vanillin. Several transporter genes such as ZMO0282, ZMO0283, ZMO0798, ZMO0799, and ZMO0800 was also displayed significantly increased expressions against the phenolic aldehydes. Conclusions: The genes encoding reductases are with potentials on phenolic aldehydes-tolerant genes contributing to the reduction of phenolic aldehydes into the corresponding phenolic alcohols forms for Z. mobilis ZM4. Overexpression of the key genes improved the conversion ratio and ethanol productivity of 4-hydroxybenzaldehyde and vanillin with high toxicity. New knowledge obtained from this research aids understanding the mechanisms of bacterial tolerance and the development of the next-generation biocatalysts for advanced biofuels production.
31 Aug 20:59

Scientists engineered a strain of a consolidated bioprocessing bacterium that breaks down biomass without pretreatment, producing ethanol and demonstrating the successful conversion of switchgrass cellulosic biomass.