Hot off the heels of the release of Vader Immortal last year, a new Star Wars VR game has just been announced: Star Wars: Tales From The Galaxy’s Edge.

Developer ILMxLAB just announced the new experience, again in collaboration with Facebook’s VR publishing label, Oculus Studios. Tales From The Galaxy’s Edge is set between the events of The Last Jedi and The Rise Of Skywalker, taking place on the planet of Batuu. That’s the same planet visitors to the Star Wars: Galaxy’s Edge area in Walt Disney World and Disneyland will find themselves in. Check out some official art below.

The experience will apparently feature both new and classic Star Wars characters in an all-new story. Vader Immortal saw us swinging lightsabers and wielding the force under the watchful eye of Darth Vader – what can we expect here?

Few other details are known right now but, interestingly, the press release states that the experience will appeal to both Star Wars fans and VR gamers alike. Vader Immortal was a story-driven VR experience that featured gameplay mechanics but lacked real complexity and challenge (outside of the Lightsaber Dojo). Could ILMxLAB be looking to bridge that gap further in this release?

Official release platforms haven’t been announced but, given this is an Oculus Studios title, expect it to release on Oculus headsets like Rift and Quest. That said, Vader Immortal is coming to PSVR this summer, so it’s possible that we could see it on other devices too.

Tales From The Galaxy’s Edge is coming later this year. We’ll bring you more on the experience as soon as we have it.

The Reverb G2 is a follow up to the original HP Reverb headset. Like the original, it’s part of Microsoft’s line of Windows Mixed Reality VR headsets, but also made in partnership with Valve. As such there have been a number of notable changes to its specifications.

According to HP, the Reverb G2 specs are as follows:

For comparison, the Rift S and the Index provide 1280 x 1440 pixels and 1440 x 1600 pixels per eye, respectively. So, if we’re going off pixel count and resolution alone, the G2 should launch as one of the highest resolution options on the consumer market.

Pre-orders for the device are on the way.

What do you make of the HP Reverb G2 specs? Let us know in the comments below!

HP appears to be taking notes from both Valve and Facebook with its latest headset, the Reverb G2, featuring four outward-facing tracking cameras, Valve’s audio and lens technology and redesigned Windows Mixed Reality (WMR) controllers that look a lot more like Oculus Touch.

Reverb G2 is priced $600. The new HP headset also features a slider on the bottom for physical separation of the lenses and panels to adjust between 60mm and 68mm for better focus and fitting on a wider range of faces.

HP formally worked with Valve and Microsoft on the development of the new system which features 2160×2160 LCD panels per eye, with each panel measuring 2.98 inches, and a field of view said to be 114 degrees. That makes for some of the highest resolutions you’ll find in a consumer-grade VR headset. The new design also drops touchpads from the controllers that were emblematic of Microsoft’s first generation of VR input. That means HP essentially settled on using analog sticks and an overall input design that matches Facebook’s Oculus Touch. The company stressed to us that these controllers are unique to its headset.

Here’s a look at the Oculus Touch controllers for a comparison:

Best of Both Worlds?

While HP sent the original Reverb to me to review last year the headset didn’t fit me. The display was such a mismatch for my face shape and larger-than-average eye distance (I saw a visible line at the edge of the display whenever I wore it) that I opted to send it back to HP without publishing a review. More broadly, the headset was also unavailable for purchase some of the year while Facebook shipped the new PC-only Rift S at $400 made by Lenovo and Valve pushed its high-end Index headset for $1,000. HTC also sells the Vive Cosmos in a range of configurations with its core system priced $700.

For 2020, HP seems to be hoping to get ahead of demand by opening pre-orders for its $600 Reverb G2 the same day as announcing the device, with plans to ship it this fall. This new design seems to carry features drawn from some of the best of both Valve and Facebook worlds and HP designers feel they built a no-compromise VR headset.

For instance, G2 features the same off-ear audio speakers as Valve Index. There’s no 3.5 mm audio jack on the G2, instead featuring the same powerful speakers that are so stunning on Valve Index. And while the lenses aren’t the same as Valve Index, HP says they are using Valve’s lens technology in its design for increased clarity.

The system also features dual microphones, a 90 hz refresh rate and a detachment cable that comes all the way up to the headset. If your computer provides enough power it can connect with USB-C and Displayport, with a Mini Displayport adapter in the box. There’s also the option for a power brick to power the headset if your PC doesn’t provide enough power.

It doesn’t sound like there will be hands-on opportunities with the finished hardware until later this year. That means some prospective buyers will be placing pre-orders for the headset before there are hardware impressions to share. We’ll bring you the latest on the Reverb G2 as soon as we have it.

We’re curious what you think of the new VR headset from HP — let us know in the comments.

“WalkingCat” has a long history of accurate Microsoft leaks, revealing some of the company’s products and services in the past.

In late March, just after the release of Half-Life: Alyx, HP announced Reverb G2 – a “next generation” headset for SteamVR being built in collaboration with Valve and Microsoft. Not many details were given at the time other than a dark frontal image, and no further details have been officially given since.

Brightening that image showed what looked like the Valve Index’s near-off-ear speakers. WalkingCat’s image seems to show the same.

But that official image only showed the front, so the side and underside of the headset wasn’t visible.

WalkingCat’s photo shows the headset having side cameras and a knob that looks almost identical to the Valve Index’s lens separation adjuster.

In fact, the padding on the front and back of the headset also looks like Index’s. Valve is a partner on this headset, so it would seem like a good idea to reuse these high quality parts.

The apparent next gen Windows MR controllers are shown to ditch the touchpads and change to a more ergonomic design, making them look strikingly similar to Facebook’s Oculus Touch controllers.

This move would help developers because they could use their existing Oculus control scheme instead of needing a WMR-specific input approach.

Assuming this leak is real and HP prices the headset competitively, this headset could be exactly what the PC VR market needs.

Facebook offers Rift S at $400, but its build quality is low, it lacks lens separation adjustment, and the built in audio is low quality. Valve’s Index offers a wider field of view, higher refresh rate, full lens adjustment, premium audio, and controllers you can let go of- but at $1000 the kit’s appeal is price limited.

Windows MR headsets like the existing Reverb and Samsung Odyssey+ haven’t seen much market appeal, with the entire platform making up just 8.5% of SteamVR in April. A core criticism has been the use of only two tracking cameras, which limits the range of controller motion possible in games.

The headset shown in this leak could be the “middle ground” headset many PC VR gamers have been waiting for- avoiding the compromises of Rift S but staying affordable by not using SteamVR Tracking.

As with all leaks, take these images with a huge grain of salt. Even if they are real, they may not reflect the current state of the product. We’ll keep a close eye on HP, Microsoft, and Valve in the coming weeks to bring you any official information. 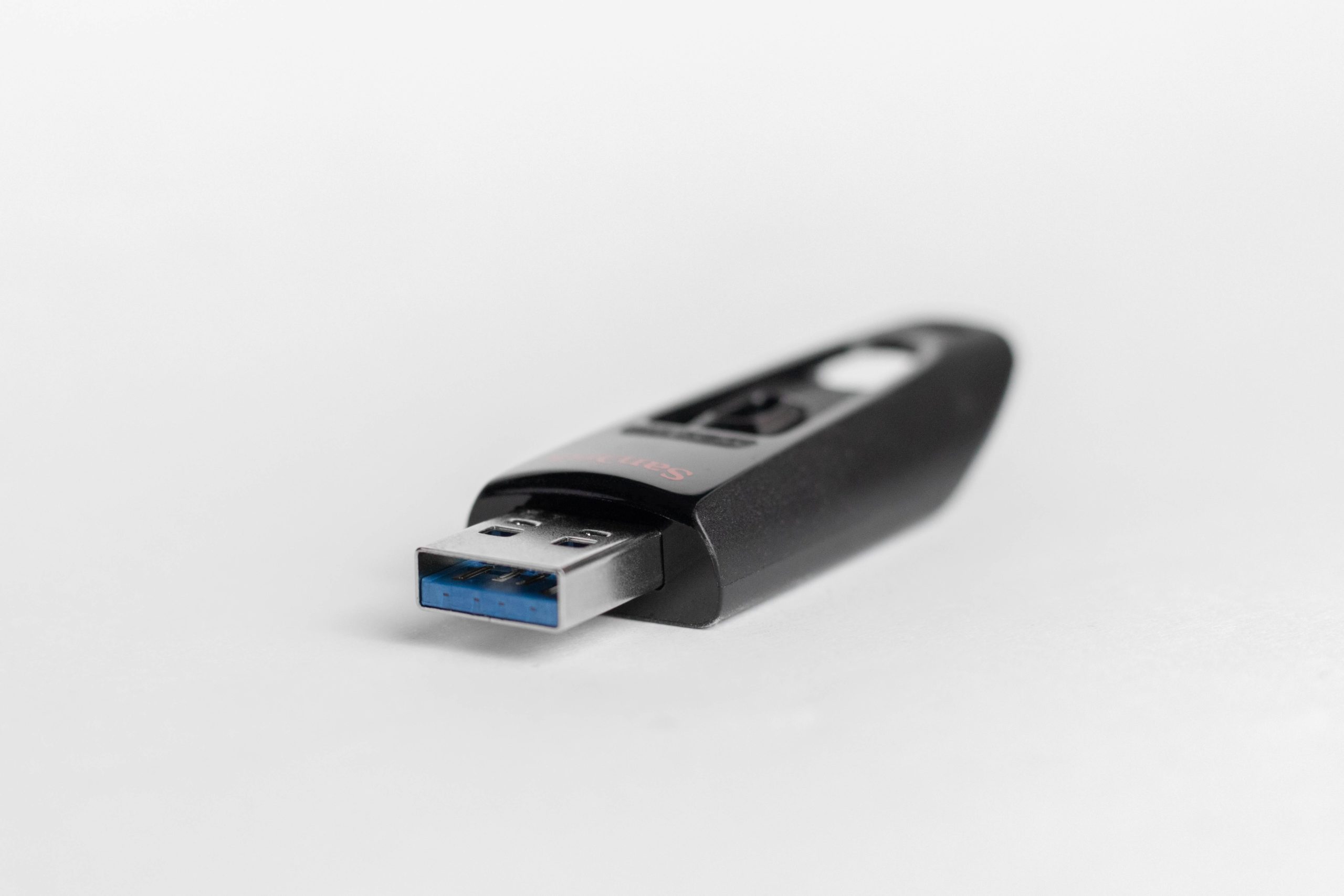 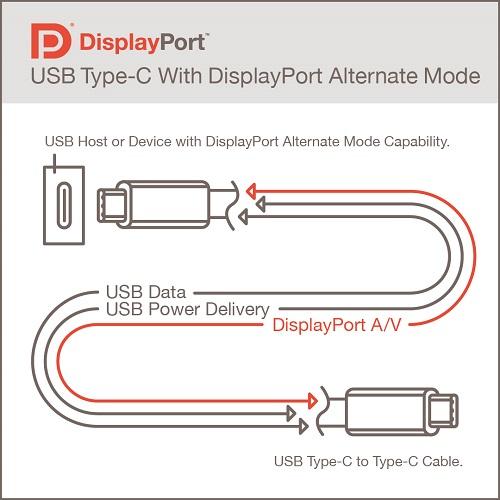