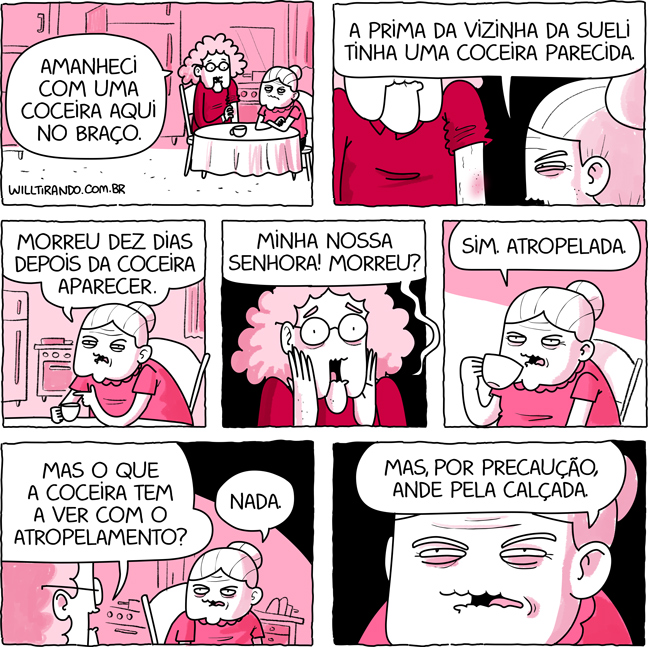 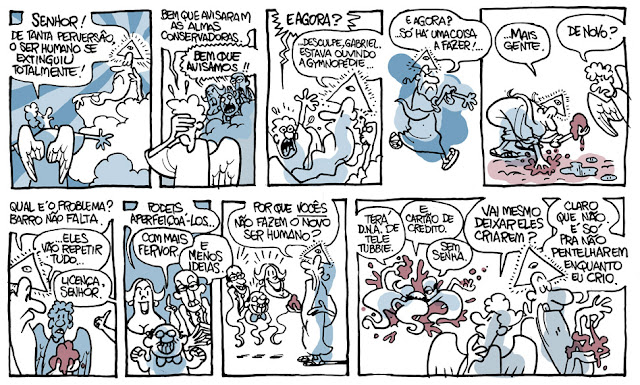 A esperança e a razão

How to Accept the Fact That You Are Getting Old

Fifty years have elapsed between Woodstock and today, and Cobain’s death is the mid-point, 25 years from each. When I was a kid, Woodstock was ancient history. It might as well have been the assassination of Archduke Franz Ferdinand. Cobain’s death, on the other hand, feels like it happened a few years ago.

If that freaks you out, think about this. Fight Club, The Matrix, Star Wars: The Phantom Menace, and The Mummy (The Brendan Fraser / Rachel Weisz version) all came out in 1999. Those are twenty-year-old movies! Do you ever flip through the channels on a Saturday afternoon and marvel at how much more current the movies they show to fill time on basic cable now are than the ones they showed when you were young? Yeah, THEY AREN’T! To a current teenager, the Matrix might as well be The Computer Wore Tennis Shoes.

My point is that I’m getting old, and people my age are also getting old. We have to keep that in mind before we try to foist out cultural tastes on younger people.

Now, if you’ll excuse me, I’m off to explain to anyone who’ll listen why Picard is a better captain than  . . . whoever’s captain on Discovery this week.

On call during the holidays 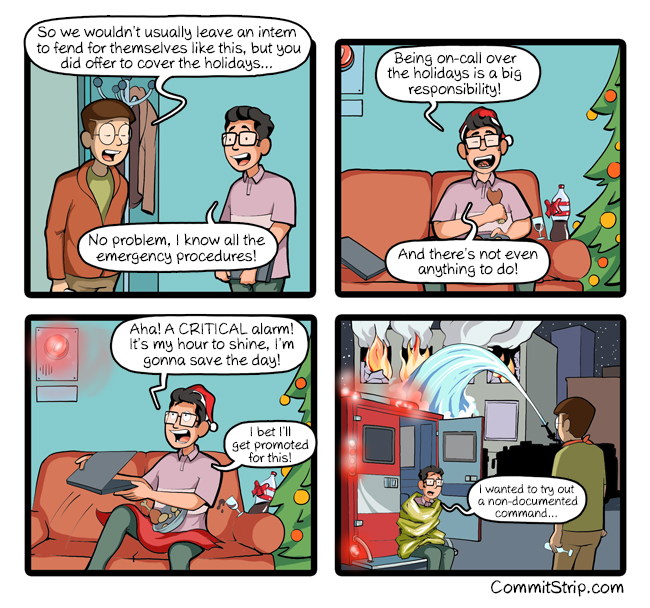 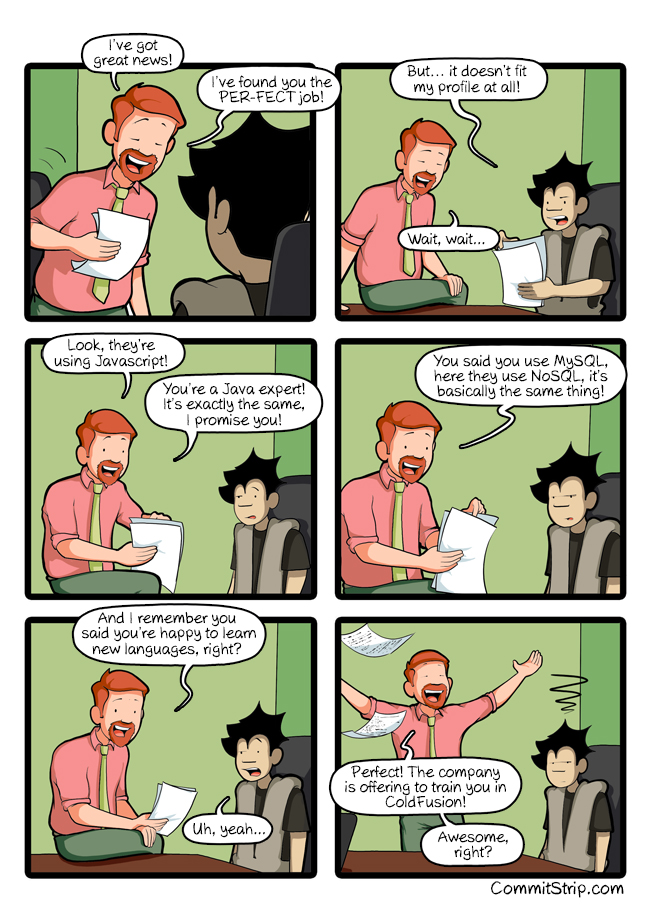 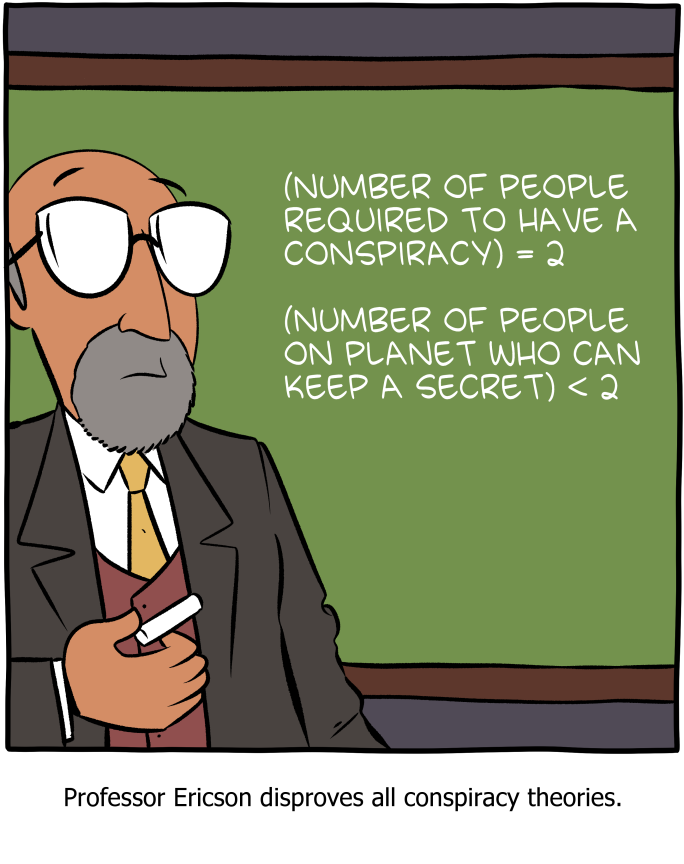 Hovertext:
Maybe we can fix conspiracies with The Blockchain.

Gpscruise, Adam Victor Brandizzi and 4 others like this
02 Jan 07:11 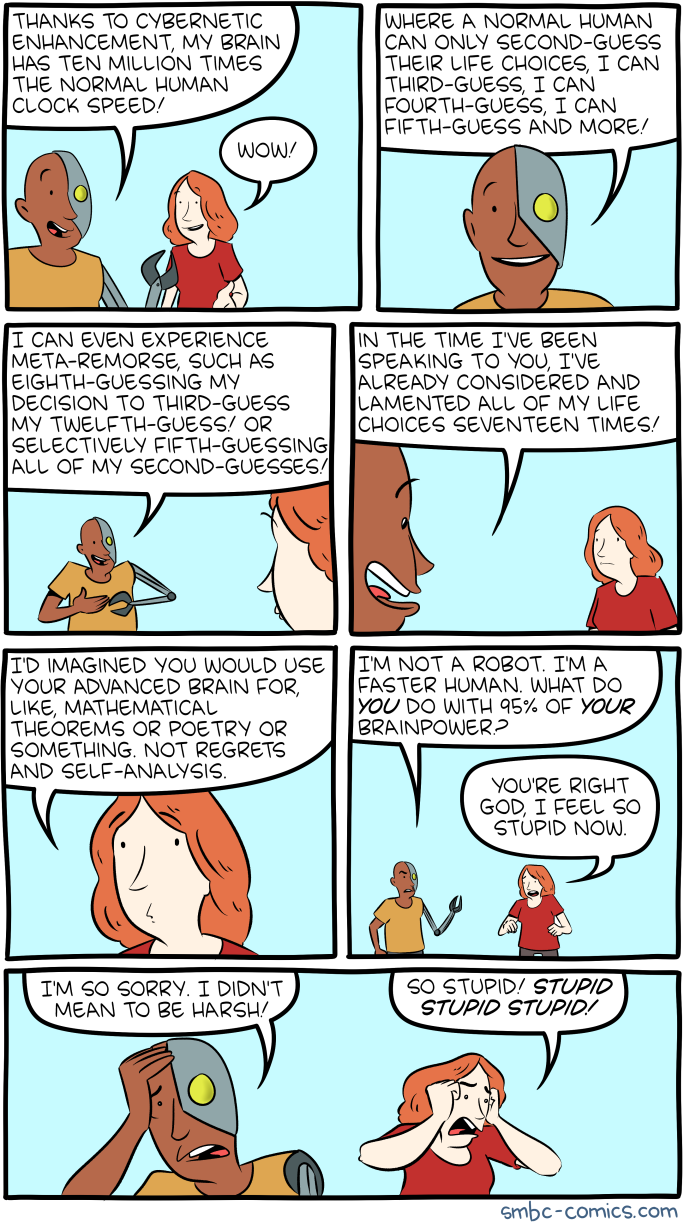 Hovertext:
It's too bad cyborg technology hasn't gotten beyond fork-shaped hands, though.

Adam Victor Brandizzi, Lucas Vigroux and 3 others like this
02 Jan 07:11

Plot twist: Mitochondrial DNA can come from both parents

The vast majority of our DNA—the chromosomes in the nucleus of each cell—is just what you’d expect: a mix of genetic material from both mother and father. But mitochondria are an exception. They contain a relatively tiny amount of DNA, and in nearly all mammals and even unicellular organisms, that DNA comes strictly from the mother. We've even used that fact to trace the spread of humanity around the globe.

But in 2002, researchers in Copenhagen reported a jaw-dropping finding. In an effort to work out why one of their patients had extreme fatigue during exercise despite seeming healthy in many respects, they started examining his mitochondria—the energy-generating power stations living in each cell. What they found floored them: the man had mitochondrial DNA (mtDNA) that matched both his father's and his mother's.

Since 2002, no other cases of paternally inherited mtDNA have been reported in humans, despite several research groups actively looking. But a paper in this week’s PNAS reports mtDNA inherited from both parents in 17 different people from three families. This kind of inheritance is still extremely rare and seems potentially linked to mitochondrial disease, but the robust confirmation of it in humans is huge news for biology and medicine. 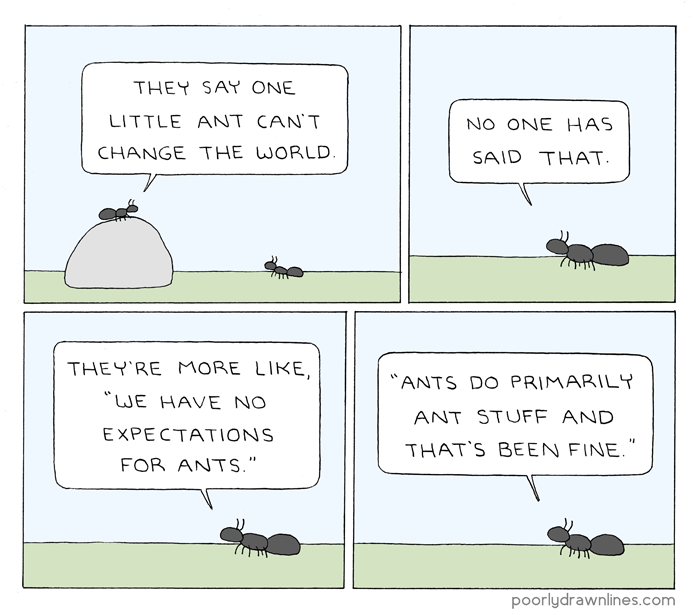 How to Embrace Change

I’ve blathered before about how my nephews’ Christmas lists are the stuff of science fiction. VR headsets, hoverboards, 3D printers, that kinda thing. This year is different, I don’t know if it’s because they’re older or it’s just how things progress, but this year they seem to be asking for videogames for consoles they already own and new copies of things they already own and have broken, which is pretty much what I was asking for at their age.

Had an interesting discussion with one of their parents about how many of the things they want are primarily sold digitally, so most of the things that get wrapped up and put under the tree are clothing, which I think we can all agree, were always the least satisfying things to unwrap. 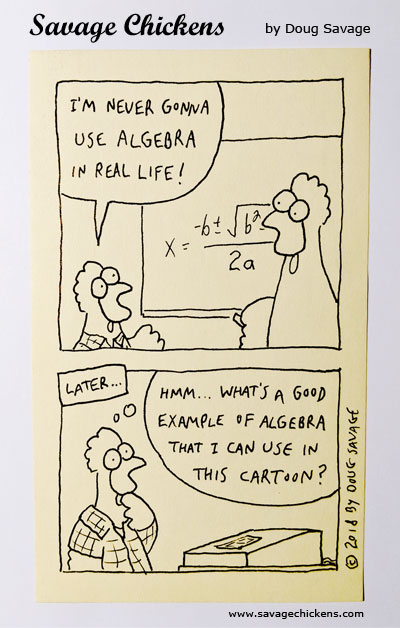 I’m on the road, visiting schools and talking with kids about comics! So I’ll be posting my comics a little differently this week!

How to Give Somebody the Respect They Deserve

I stand by my position on Steve Jobs. He didn’t invent anything but his own public image, but he had tremendous taste and high standards, and we have all benefited from them. 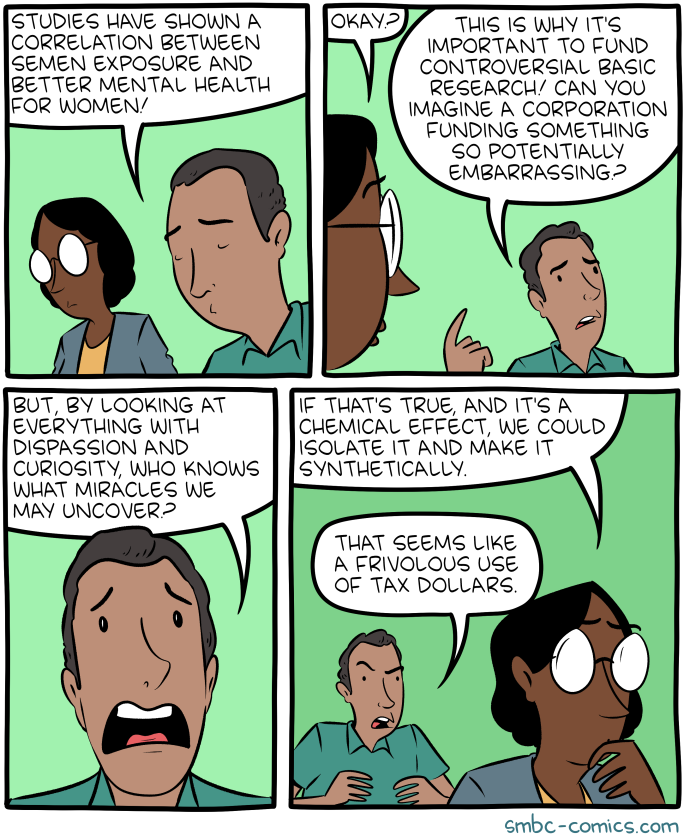 Hovertext:
I support all public funding for research which benefits me directly.

dru'el the chaotic, Adam Victor Brandizzi and one other like this
04 Nov 06:01 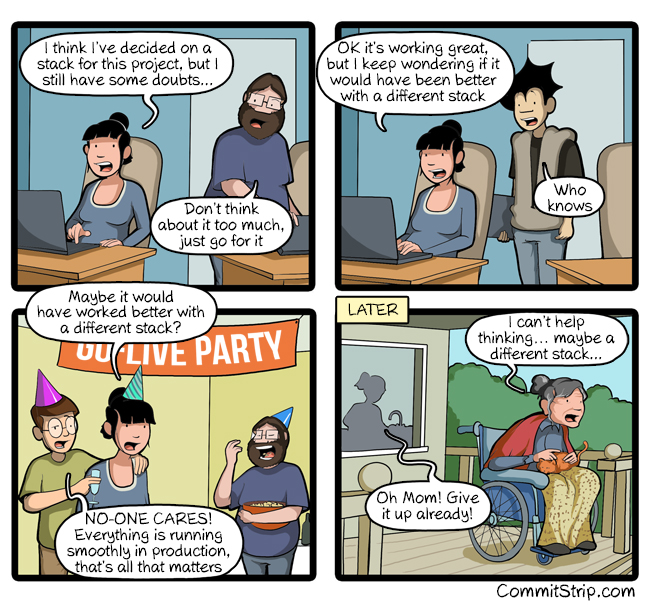 dru'el the chaotic, Adam Victor Brandizzi and 2 others like this
12 Oct 19:51 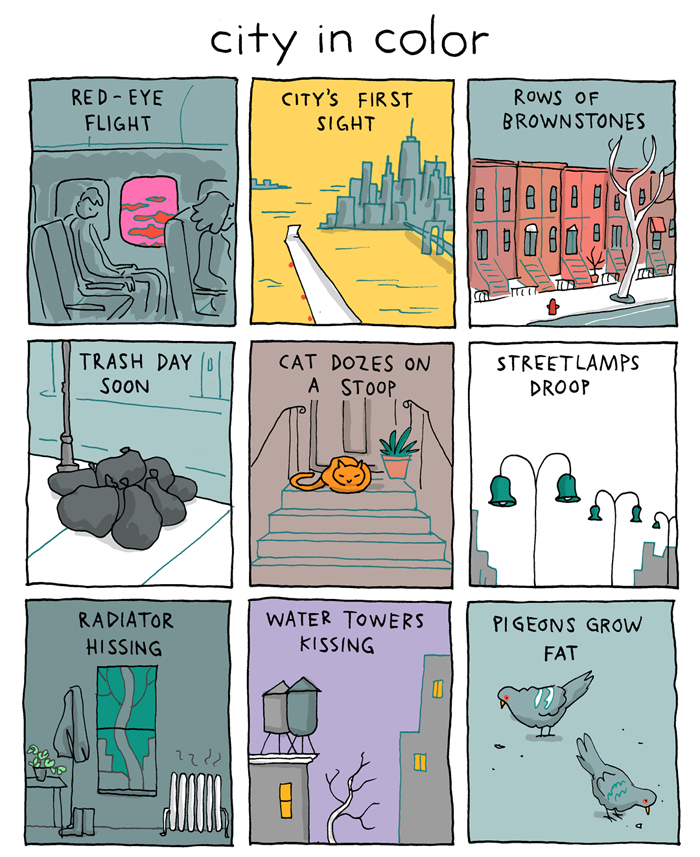 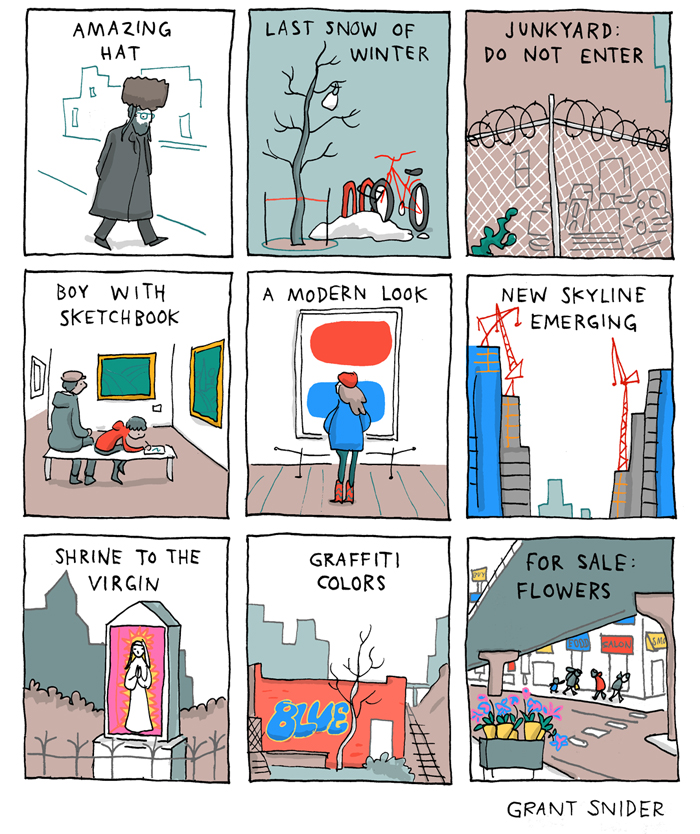 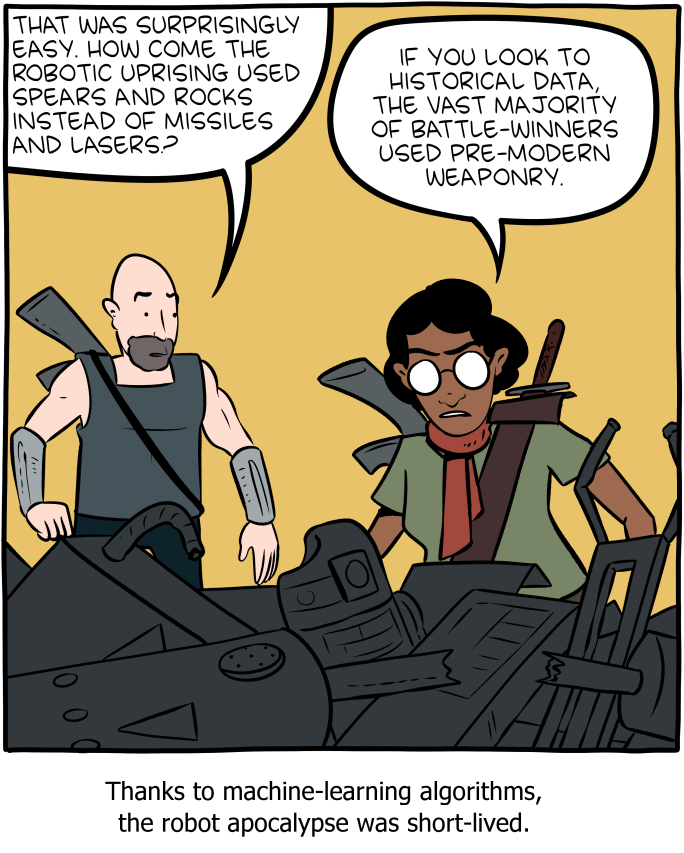 
Well we doubled our goal on day one! That means a lot of nifty stretch goals are opening up. So, please give our new kickstarter a look!