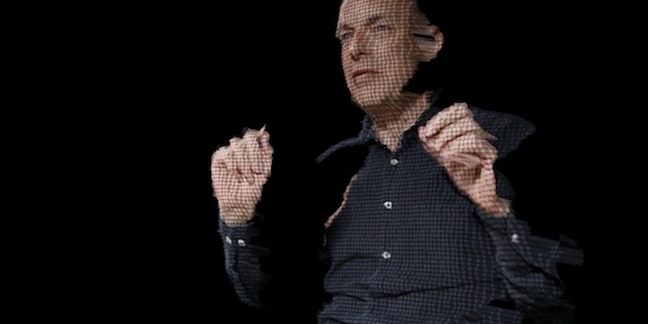 Earlier this month, the Red Bull Music Academy shared video of an 81-minute lecture by Brian Eno. Today, they're sharing something much more bite-sized: a seven-minute short film featuring Eno discussing his visual art. It includes autobiographical tidbits from his childhood and philosophical musings on light, as well as an exploration of Eno's audio/visual installation "77 Million Paintings".

As part of RBMA's current NYC festival, "77 Million Paintings" is on view at 145 W. 32nd St. until Sunday evening. Shapeways interviews the amazing Bathsheba Grossman, a sculptor who creates mathematics-inspired 3D printed objects that can be bought on the Shapeways store. I own a bunch of her pieces, and I never tire of staring at them and handling them. I was originally a math major interested in geometry and topology, when as a college senior I met the remarkable sculptor Erwin Hauer, and suddenly it was obvious that what I had in mind was more art than math. Symmetry is the foundation of what I do: there are many more ways to be symmetrical in 3-space than the familiar ones, but not so many that you can't explore them all and delve into the most interesting ones. Over the years I've moved away from literal math -- as the field has grown I no longer feel called on to make nifty math models simply because no one else is doing it! -- and into more freewheeling biomorphic shapes. But although now I play more with suggesting and breaking it, now I believe I'll always be working in some way with symmetry.

... Let's start by saying that I love 3D printing the way it is. Before technology I worked with lost-wax casting, machining, fabricating, all by hand; since then I've watched artistic 3D printing grow from crude cornstarch parts to the sleek metal models that we see now, and I'm still over the moon about it. It's better and cheaper and more flexible than I ever hoped, and while I believe it will get better, if it never does I'll be perfectly happy doing just what I'm doing now.

Personally I'm most interested in archival materials, like metals, glass and ceramic as opposed to plastics and resins. Art buyers like them which is pretty important! In that area it seems like the last frontier is multi-materials: interlacing different metals, maybe metal with glass? Progress is slow because material science is hard. We wait in hope.

Something not mentioned in the interview: Bathsheba's twin brothers are Austin "YOU" Grossman and Lev "The Magicians" Grossman.

"I've done the calculation and your chances of winning the lottery are identical whether you play or not."
Diogod likes this
11 Apr 17:12

The Secret History of “Who Framed Roger Rabbit” ROSS ANDERSON is currently writing the definitive book about the making of Roger Rabbit, beginning with Gary K. Wolf’s novel and Disney’s early Roger Rabbit development unit, continuing with the production of “Who framed Roger Rabbit”, and through the follow-up shorts, merchandising and theme park presence, and development work on sequels. He wrote this piece exclusively for Cartoon Brew about the 25th anniversary screening of “Roger Rabbit” that took place last week in Los Angeles.

On Thursday evening, April 4th, the Academy of Motion Picture Arts and Sciences hosted the first public screening of the new digital print of Who framed Roger Rabbit. The preparation of the digital print coincides with the release of the 25th anniversary Blu-ray edition of the film

, and the Academy hosted a terrific show.

When the tickets were made available on-line they sold out within a day or two. The film was enormously popular when it was released and it has been a touchstone for film and animation enthusiasts ever since. I can’t take credit for the touchstone/Touchstone remark—that came from Rich Moore, director of Wreck-It Ralph, who was the moderator of the panel discussion that followed the film screening. The event attendees were polite and mature in their behavior, although many of them hadn’t been born when the film was released. The enthusiasm for the film has some of the earmarks of coltishness, but it is not as though the adoration is a personal ‘find’ and a delight against all reason. There are ample reasons to delight in the film, and everybody has their own joys that they find in it. Mine – is that I had been a life-long animation enthusiast who found it difficult to share my enthusiasm with friends. I was in university when Robin Hood was released. I would have been harassed unmercifully if my interest in Disney animation had become known to my dorm-mates. Who framed Roger Rabbit made animation ‘cool’ again…and it made money, which increased the enthusiasm of the studios. Many people in the animation industry credit the film with ushering in a silver age of feature animation.

Academy member and veteran animation director Bill Kroyer introduced the screening. Bill was a young animator at the Disney studio prior to the first onslaught of CalArts grads, who included John Lasseter, Tim Burton, Brad Bird, Henry Selick, John Musker, Jerry Rees, and Darrell Van Citters. They were all frustrated with how Disney animation was functioning in the early-1980s.

Tom Wilhite, the young Disney Live-Action Studio Head, saw their frustration and did what he could to enable projects that would satisfy their creative juices and keep them at the studio. Aside from John Musker, they were all eventually fired or left the studio of their own accord, but out of that early grouping came Tim Burton’s Vincent and Frankenweenie and John Lasseter’s The Brave Little Toaster, which Wilhite eventually produced, with Jerry Rees directing, as ‘Hyperion Pictures’, after he, too, left Disney. Wilhite also brought Tron to the Disney studio and was responsible for setting up the Roger Rabbit development unit at Disney in 1981, helmed by Darrell Van Citters.

Bill Kroyer was one of the first ‘animators’ to do computer animation. He and Jerry Rees were assigned to the Tron production to work with the early CGI providers. The computer software at that time was not intuitive at all, so there was more hand-drawn ‘logistical guidance’ for the programmers than most people realize. That was Bill and Jerry. Their involvement also fired up John Lasseter’s interest in computer animation. The Brave Little Toaster was intended to be the first full length CGI animated feature.

Tron was released in 1982, at a time that the Darrell Van Citters’ Roger Rabbit development unit was getting into full swing. Screenwriters Peter Seaman and Jeffrey Price had just come off of Trenchcoat, a Disney mystery/comedy, and Wilhite assigned them to prepare a screenplay for Roger Rabbit. At that time Wilhite also sent memos to Darrell and Marc Stirdivant, the Disney house producer assigned to the development unit, to scoop up Bill Kroyer, Jerry Rees, John Lasseter, Ron Clements, Randy Cartwright, Mike Gabriel, and Glen Keane for the Roger Rabbit unit. Other things were happening at the studio, and soon most of those people were gone… but wouldn’t that have been something?

Back to the screening – Bill Kroyer called out many of the attendees who had been instrumental in making the film. This list isn’t exhaustive, but those who did stand up included voice actors Charles Fleischer (Roger Rabbit, Benny the Cab and others), June Foray (Lena Hyena), and Tony Anselmo (Donald Duck), animators Andreas Dejas and Nik Ranieri, screenwriters Seaman and Price, editor Artie Schmidt, London studio manager Max Howard, producers Steve Starkey and Don Hahn, and, of course, director Bob Zemeckis.

The film screening was wonderful. The digital print was clear and fresh and the colors popped out at you. Not having seen the film on the big screen for twenty-five years, I found it difficult to discern whether the viewing pleasure was due to anything particular associated with the digital print or simply that I was sharing the big screen experience with a room full of similarly enthusiastic viewers. The quality aspects of the digital restoration were being hotly debated within knots of people after the screening was over.

A panel discussion followed the screening. It was hosted by Rich Moore and included Peter Seaman, Jeffrey Price, Andreas Deja, Charles Fleischer, Joanna Cassidy, Steve Starkey, Bob Zemeckis, and Don Hahn. There were many reminiscences from the production. Most of them were well known to the real Roger Rabbit enthusiasts, but the ones who resonated the most for me were those that put the ‘25-years’ into perspective. We have heard about Who framed Roger Rabbit having way more special effects than Star Wars, but it was also one of the last of the great ‘optical’ effects films. It was a different era. Zemeckis reminisced that, “we had FedEx and ¾” tape – we had technology by the tail.” He spoke about the first finished animation that came over from the London studio unit. It was the portion of the introductory Something Cookin’ cartoon in which the chili sauce falls off the shelf in Roger’s kettle-head. The British animators spelled ‘chili’ in the British manner, with two l’s (‘chilli’). The scene had to be completely re-animated.

In the scene which the camera trucks over the newspaper headlines showing the Toon cases solved by Valiant & Valiant on Eddie’s desk, the London studio had used the banners of LA newspapers of the time (1947), without having asked permission of the newspapers. One newspaper ended up refusing permission to use their banner – and this complicated scene had to be completely re-shot. Another anecdote was that Paul Newman had been considered for the role of Eddie Valiant. Charles Fleischer immediately shot back that Judge Doom would then have had to use ‘dressing’ instead of ‘dip’.

The greatest benefit of the digital presentation was the close-ups on the actors’ faces…there was sublime acting and emotion that contributed enormously to the ‘reality’ of their interaction with the ’toons.

Don Hahn made a call out for Richard Williams, who recently celebrated his 80th birthday. Richard had hoped to attend but was unable to make it. Also, during the panel discussion, it became clear that the presence of Bob Hoskins was greatly missed. He was universally acclaimed for his work on the film. I must say that the greatest benefit that I saw with the digital presentation was in the close-ups on the actors’ faces. There was sublime acting and emotion that contributed enormously to the ‘reality’ of their interaction with the ’toons. We ‘felt’ it and it was an integral aspect of the great ‘conceit’ of the live-action/toon combination, but the subliminal effects were often lost in the chaos of the action. In this viewing, they popped out at me. It was a great night. Following the conclusion of the panel discussionm, the many Roger Rabbit production participants reunited on stage to catch up on 25 years. The ‘celebrities’ amongst them were cornered for autographs, and the ‘no photography’ policy of the Academy theater was completely thrown out the window as the hundreds of cameras that were spirited into the theater finally came out.

A group shot was hastily organized and there were many more Roger Rabbit alumni present than had been called out during the evening’s introduction. I counted at least twenty-five alumni. I had the pleasure of speaking to many of them and seeing several of them the next day. It was a special night for Roger Rabbit fans and a special night for those who were involved in making it. 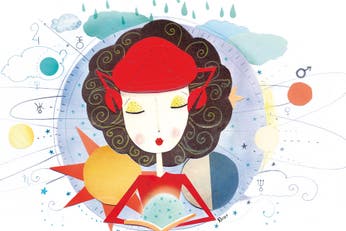