Jen Lewis from Buzzfeed shows us what Nic Cage looks like as a few different Disney Princesses. [via asb] You may also like: The Nicolas Cage Wall Calendar Classic Movies: Now With More Nic Cage

Have you visited Pleated Jeans today? This breaks my heart. Please reblog. 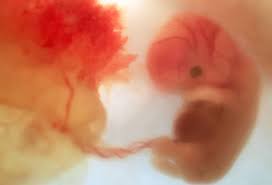 This^ is what you look like at 12 weeks in the womb. This photo will not “save a life” - it only shames women who have had an abortion. And that’s not cool, bro.

Actually, that second picture an baby at 8 weeks not at 12 weeks. What I had posted is a baby at 12 weeks. For the record, I didn’t post that to make people feel “ashamed” for having an abortion, I posted it so others can see that it’s a little living human being they could be killing. Hopefully changing their mind about having an abortion. I never said anything mean about people who believe in abortion so all of you need to back off. I’m not an “idiot.” This picture isn’t saying its a real baby. It says this is what we look like. So stop telling me its a sculpture of a real life one. It doesn’t matter. Real or not real, thats still what we look like. If someone thinks they can’t take care of their baby, then i personally think they should give it up for adoption so it has a chance to live instead of killing it. What if your best friend was a baby that was aborted? How would you feel if you knew they probably wouldn’t have been in your life right now because of that decision their mom made?

Nope. You’re an idiot and liar. That’s not a fetus at 12 weeks. My father is an OB/GYN and I assure you, he has shown me actual pictures of fetuses at every stage. What you posted isn’t even a fetus, it’s a statue of a tiny, fully developed baby.

At 12 weeks, a fetus is not even near viable. Its brain isn’t close to being fully developed, its skin is thinner than paper and a dozen times more fragile. Organs are at minimal operations; its liver and pancreas have only just begun to function and are not yet capable of sustaining life. The fetus at 12 weeks is between 2 and 3 inches long. Its ears are just starting to shift to the side of its head and it can’t really hear yet, as the parts of its body necessary for hearing don’t fully exist.

If the purpose of your post wasn’t to make people feel guilty, then what was the purpose? To lie to people about the state of fetal growth at 12 weeks? To demonstrate your lack of understanding about human pregnancy? Because you did those things too.

At 12 weeks, the fetus is not a human being. At 12 weeks, the fetus is a parasite inside of a womb that has the potential to become a human. The problem with people like you is that you care more about a baby being born than being taken care of. You’re privileged and uninformed and it doesn’t occur to you that maybe that baby would not be wanted but the mother would be forced to keep it and it would live a horrible life. Or maybe it would be put up for adoption but because its not a pretty white baby, it would spend its life bouncing from foster home to foster home, unloved and unwanted.

Is that the life you want for your “best friend”? Do you know what the adoption system is like for the babies that aren’t healthy and pretty? No, you don’t, because you’re a spoiled brat with no real concept of the world around you. Until the day comes when there are NO children in need of a real home, that argument does not apply, not at all. There are a fuckton of kids that deserve to be adopted and they never will be because people only want pretty white babies.

Those sculptures are made by assholes like you to say “this is a baby at 12 weeks! you’re a monster if you get an abortion!” So it actually does matter whether or not it’s a sculpture. I saw the exact same one in a presentation made by an anti-abortion group. I held it in my hand and told the presenter that the sculpture was inaccurate and I provided her with legitimate sources given to me by my dad. She had nothing to say after that.

You should be ashamed of yourself. Your picture is an incorrectly sized statue of a fully developed baby, NOT a fetus. You are wrong and your reasoning is terrible and you need to go sit in a corner and think about your horrendous life choices.

You deserve a fucking medal. ^ no sarcasm.

Many classic horror icons and other disturbing creatures share common characteristics. Pale skin, dark, sunken eyes, elongated faces, sharp teeth, and the like. These images inspire horror and revulsion in many, and with good reason. The characteristics shared by these faces are imprinted in the human mind.

Many things frighten humans instinctively. The fear is natural, and does not need to be reinforced in order to terrify. The fears are species-wide, stemming from dark times in the past when lightning could mean the burning of your tree home, predators could be hiding in the dark, heights could make poor footing lethal, and a spider or snake bite could mean certain death.

The question you have to ask yourself is this:

What happened, deep in the hidden eras before history began, that could effect the entire human race so evenly as to give the entire species a deep, instinctual, and lasting fear of pale beings with dark, sunken eyes, razor sharp teeth, and elongated faces?

To be honest that last question frightened me more that the picture. my favorite video on the internet

If you are serious about being an artist you’d better watch this. I’m positive it will help you.